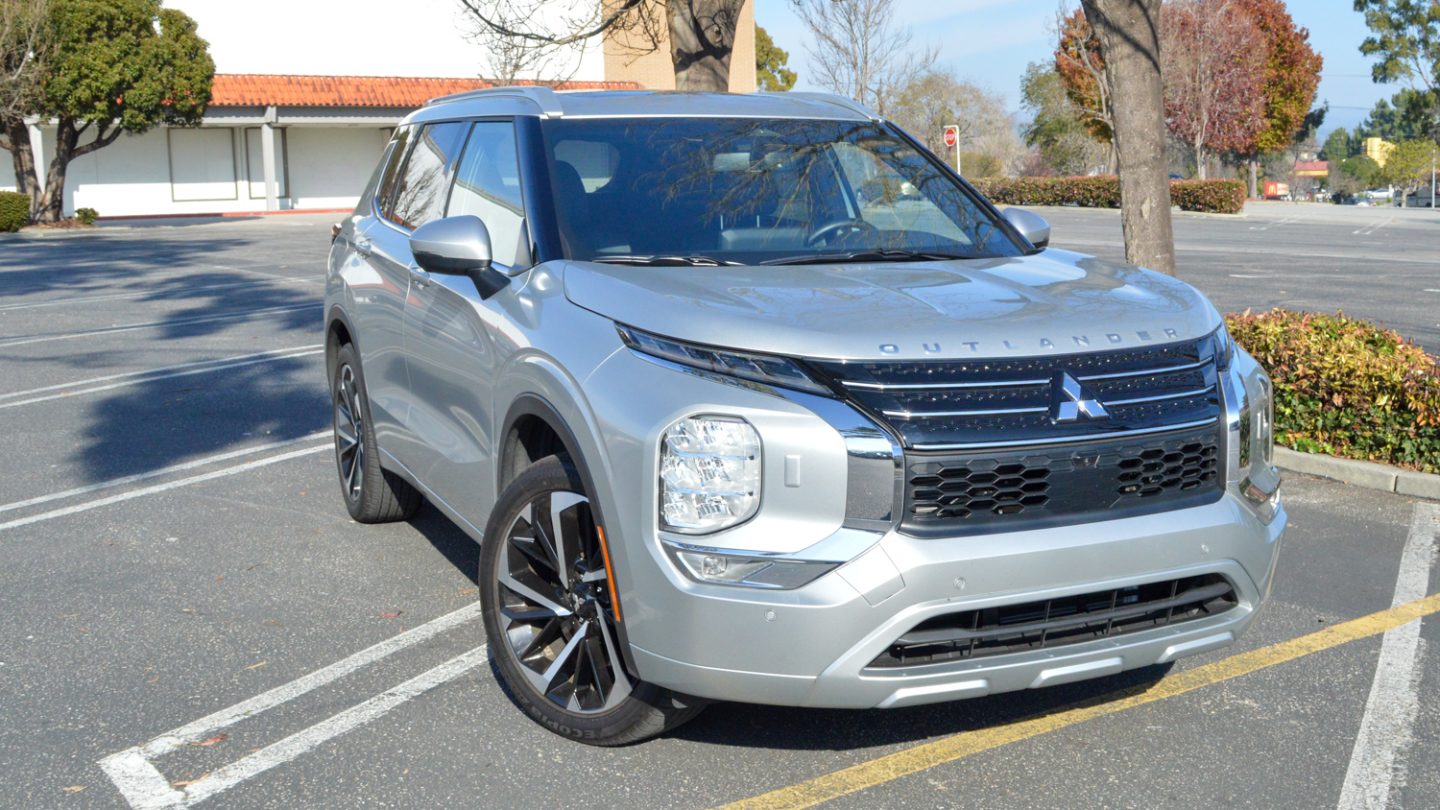 Electric SUVs like the new Mach-E and Model Y make all the headlines, but not everyone is ready to go electric just yet, nor spend the money still associated with electric cars. Some just want a stylish family SUV that offers 7 seats when needed and doesn’t cost an arm and a leg. For those people, there’s the Mitsubishi Outlander.

The 2022 Outlander is a close cousin, sharing a platform, with the Nissan Rogue. The Rogue is easily one of the best non-electric SUVs out there right now. But they’re not the same car by any means. The Outlander is bigger than the Rogue, and has a third row of seats. That makes it a go-to for a certain buyer. But what about everyone else?

I’ve been using the 2022 Mitsubishi Outlander SEL S-AWC to find out whether it’s a solid buy for every SUV shopper — or more of a niche product.

The 2022 Mitsubishi Outlander offers a comfortable ride and enough room for most families. 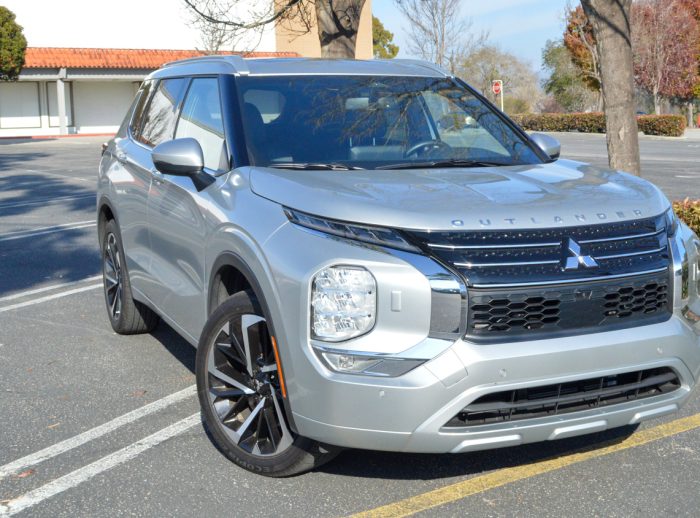 The 2022 Mitsubishi Outlander is all-new compared to the previous generation, and I quite like the look of it. There’s a lot going on at the front of the car. At times, everything there can feel a little clumsy. But with its multiple headlight setup and slightly rounded nose, the 2022 Outlander generally looks good.

On the front, you’ll get a black-finish grille, which houses a range of sensors and cameras, especially with options like the 360-degree camera. I’m testing the fully-loaded SEL model, so the car is packed with sensors and cameras.

At around 185 inches long, the Outlander is longer than many of its competitors. It’s wider too — and pretty tall. As a result, not only does it look large from the outside, but it offers plenty of room on the inside too.

The back is relatively attractive too. The slim lights help make the car stand out amongst the competition. While the back of the car definitely looks bare compared to the front, that scaled-back look isn’t bad by any means.

If the car is handsome on the outside, it’s even nicer on the inside. Because our model comes with some options, the plush quilted leather is present as part of an upgrade. It helps make the inside feel very luxurious for a car in this price range. The leather is two-tone, with diamond stitching, and I love the overall look and feel of it.

At the front of the car’s interior, you’ll get a digital 12.3-inch instrument display, along with a 9-inch infotainment display, which is relatively bright and crisp. There are more physical controls in the Outlander than many other modern cars, but I don’t necessarily mind that.

Inside the car, you’ll get dual-zone climate controls at the front and a third zone in the back, allowing you to get different settings for the driver versus the passenger. You’ll also get heated seats, though there’s no seat-cooling here. You’ll also get wireless charging for your phone, and a few USB-C ports for wired charging, which is always handy.

As mentioned, the car offers a third row of seats, which can be folded up or packed away depending on how you want to use the car. Frankly, the extra seats are nice to have in a pinch, but probably not comfortable enough for very regular use. If you sometimes find yourself carting around your kids’ friends, they could come in handy.

Overall, I found the interior of the Outlander to be very high-quality and comfortable. There do seem to be some additions from Nissan here, like the way that some of the menu controls look. That’s far from a bad thing.

Mitsubishi has changed up the infotainment system a little for 2022, and the Outlander now offers the same head-unit as can be found in many modern Nissan cars. That’s not a bad thing — the screen is relatively bright and crisp, and while it’s not as responsive as, for example, your phone, it’s more responsive than many other systems.

The car supports both wireless CarPlay and Android Auto, which I recommend using. The built-in software definitely looks dated. While it works perfectly fine, it’s not as easy to navigate as Apple and Google’s interfaces.

The 2022 Mitsubishi Outlander comes with a range of optional upgrades that can make for a better driving experience.

Perhaps my favorite of the upgrades is the 360-degree camera, which can really come in handy when parking and pulling out of spaces. Of course, perhaps even smarter is the advanced cruise control. Between the lane-keeping system and the adaptive cruise control, the car can almost feel self-driving on the highway. It works quite well, and is relatively easy to enable and disable as needed.

Apart from that, there are some other features to note. You’ll get lane departure prevention and blind-spot warning lights. And, you’ll get a rear cross-traffic alert, for when you pull out of a parking spot. It all works well, and requires little learning how to use.

The 2022 Mitsubishi Outlander is relatively comfortable to drive, but it’s not the most powerful car out there. The car swaps out the six-cylinder engine in favor of an inline V4 181-horsepower engine that can pick up speed, but simply isn’t as responsive as we would have liked. That engine is coupled with the continuously variable transmission — both of which are available on all models of the car.

Once you get used to the slower acceleration, you’ll find that you quite like the way that the car feels. It handles a lot more nimbly than you might assume, given its size, the ride is smooth enough to be very comfortable.

The 2022 Mitsubishi Outlander is a solid choice for a relatively compact SUV, especially for those who want the extra seats for occasional usage. The car is more tech-heavy than you might assume at this price point, and we really liked the luxurious interior — though you’ll have to upgrade to get it.

Perhaps the most interesting competition comes from the Nissan Rogue. The Rogue is similar in some ways, and pretty different in others. It’s built on the same platform as the Outlander, but doesn’t offer the extra seats, and is a little more expensive than the Outlander.

Should I buy the 2022 Mitsubishi Outlander?

Yes. If you’re looking for a solid and affordable compact SUV with extra seats for when you need them, it’s a great option.