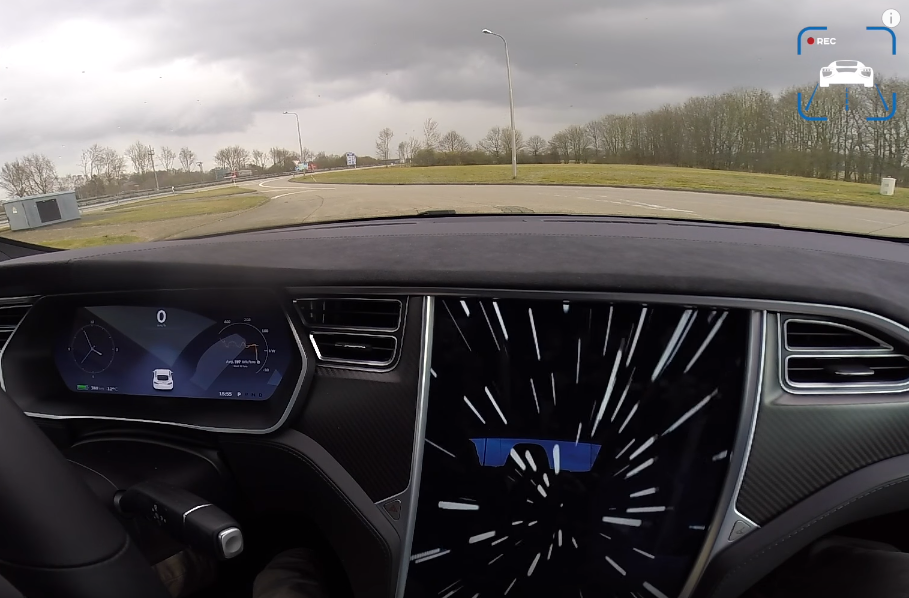 I have wanted a Tesla for years… but unfortunately they’ve all been way out of my price range. But with the new Model 3 set to sell for as low as $25,000, my dreams of actually owning a Tesla are much closer than they’ve ever been to becoming a reality.

There are many reasons that I would love to drive a Tesla and one of them is the insane acceleration that Tesla cars have — in “Ludicrous Mode,” for instance, the Tesla Model S P85D can go from 9 to 60 miles per hour in just 2.8 seconds. If you want to see how this looks in action, then you need to check out a new video posted by YouTube channel AutoTopNL that shows a Tesla Model S P90D burning down an autobahn in Germany at a top speed of 155 miles per hour.

Here is the video:

I’m going to assume that the driver was able to get away with this because they were in a portion of the autobahn that doesn’t have a speed limit — I personally can’t imagine them being able to pull this off on the Mass Pike, for example.

At any rate, this video only has me more excited for Tesla’s big Model 3 announcement coming at the end of the month. Even if it doesn’t deliver “Ludicrous Mode,” I’m sure it will have better acceleration than any other comparably priced car on the market.