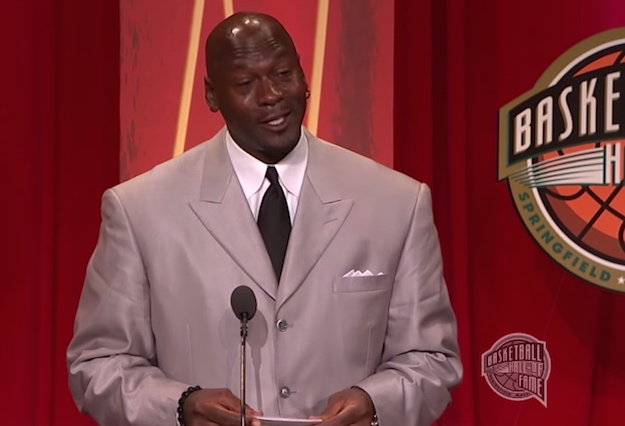 While some Internet memes have a tendency to burst onto the scene like an exploding star before fizzling out just as quickly, the meme of Michael Jordan crying has taken the opposite route. What initially started out as a niche and rather obscure meme known only to hardcore sports fans has slowly but surely grown in popularity over the past few years, and especially over the last few months.

And because it’s often hard to pinpoint why or how certain memes sweep over the Internet like a tidal wave while others quickly fade into memory, 2 Point Lead over the weekend ventured to set the record straight. With assistance from ‘s Jay Williams, DJ Gallo of SportsPickle, and AP photographer Stephan Savoia — the man who took the now-ubiquitous photo, 2 Point Lead gives us a behind the scenes tour of how the original photo was taken and how it eventually grew into an Internet phenomenon.

First off, for a bit of context, the origin of the Jordan crying photo can be traced back to September 2009 when His Airness became emotional when giving his Basketball Hall of Fame induction speech.

With tears streaming down his face at one point, AP photographer Stephan Savoia couldn’t believe what he was seeing and took the following photo.

But interestingly enough, it wasn’t until a few years later that the meme truly began to gain traction in the media. The video below highlights the myriad of ways in which the “Crying Jordan” meme has since taken on a life of its own.

Also interesting is that Jordan himself is well aware of the meme. And while he doesn’t necessarily like it (word is, he hates it), he’s okay with people having fun at his expense so long as no one uses the meme for commercial purposes.

And lest anyone want to try the great #23, it’s worth pointing out that Jordan successfully sued a supermarket chain in Chicago for millions for using his identity without permission.

“It is my name, and I’ve worked hard for it for 30-something years,” Jordan said a few months back, “and I’m not just going to let someone take it.”

With that warning out of the way, let’s keep those Jordan memes coming.