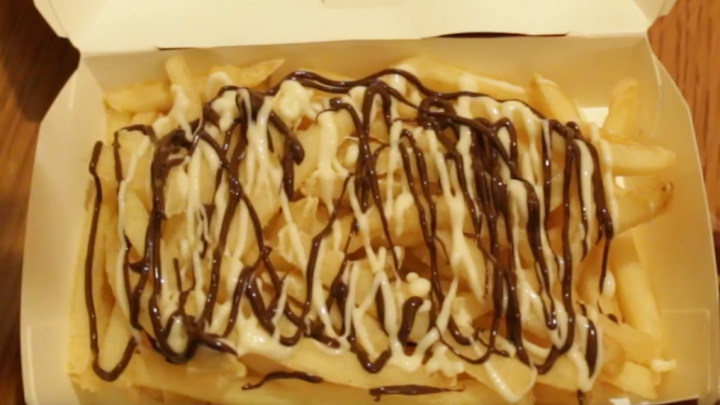 I declared myself intrigued by the new chocolate-covered french fries that McDonald’s Japan began experimenting with earlier this month. My reasoning was straightforward: Having chocolate cover salty things can be very tasty, as chocolate-covered pretzels have shown us. Now the first video review for these new fries has been posted by YouTube user Abroadin Japan and it seems my instincts were correct: The new fries have been deemed delicious.

The man behind the Abroadin Japan is a Brit who happens to live in Japan and who frequently does video reviews of the local food. He said that he was a little skeptical of the chocolate-covered fries at first but they quickly won him over once he tasted them for the first time.

“It works! It definitely works!” he declares after his first bite. “The salt of the fries doesn’t overpower the chocolate.”

After a few more bites, he says that “my mouth doesn’t quite know what’s going on” because “on the one side it tastes quite salty and on the other side, quite sweet.”

Nonetheless, he would recommend trying them at least once. Check out his full video below.