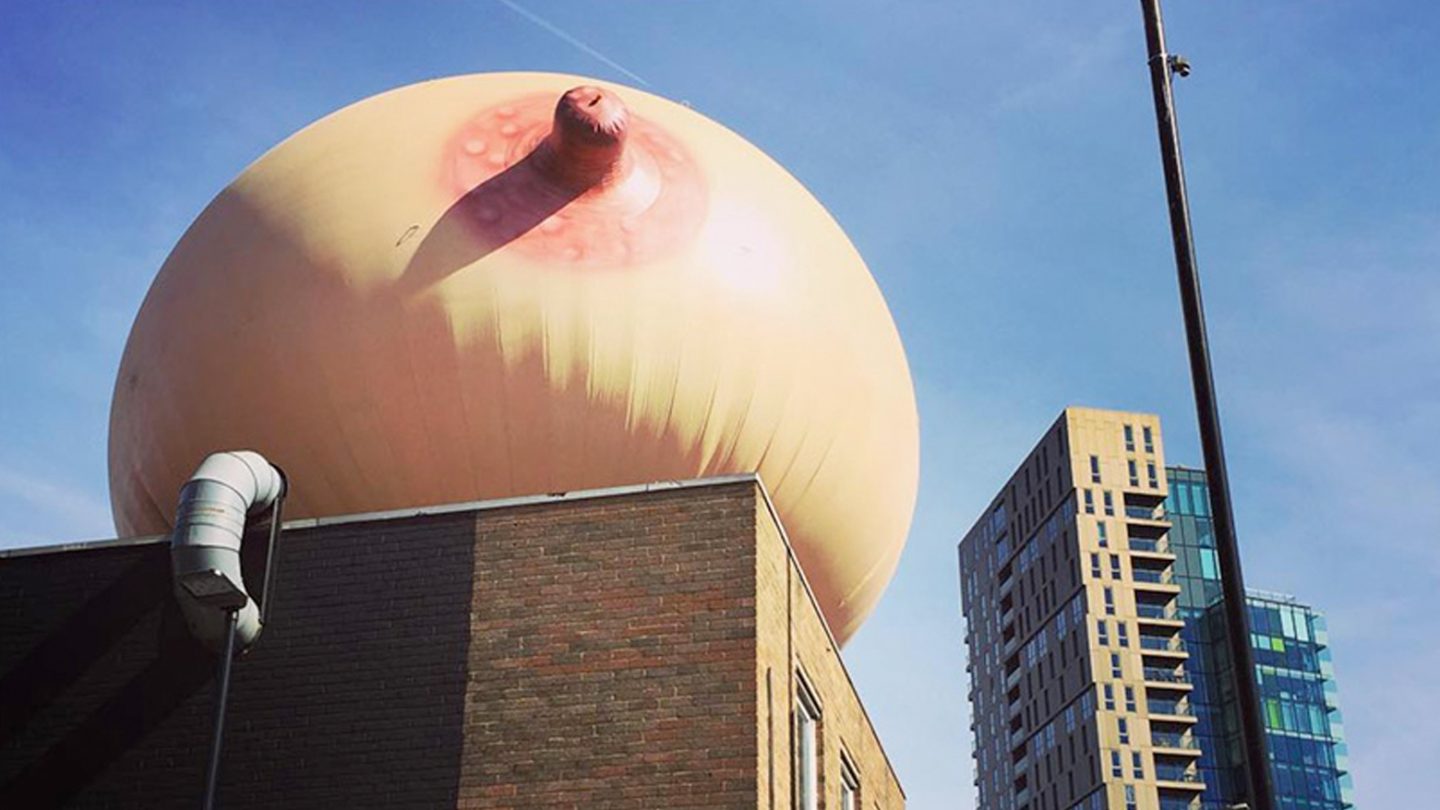 No, you didn’t accidentally happen upon a late April Fool’s day joke, there is actually a massive inflatable boob hanging out in London. The huge organ, perched delicately upon a two-story building in the eastern part of the city, is part of an awareness campaign aimed at mitigating the stigma of breastfeeding in public, but that noble cause doesn’t make it any less of a shocking sight for those just strolling down the street.

The huge plastic organ was placed by a group called Mother. Mother, which has offices in several cities around the world, including London, isn’t an activist group, but rather a creative advertising and marketing agency. The company’s past works include both traditional advertising efforts and charity-based works such as Stella Artois’ “Buy a lady a drink” campaign which provided clean drinking water to people in impoverished areas including parts of Kenya. The big boob is Mother’s nod to the “#FreeTheFeed” movement which is meant to empower moms to breastfeed in public whenever they want. The company explains its aims with the project thusly:

It’s hard to believe that in 2017 UK mothers still feel watched and judged when feeding in public, by bottle or breast.

This was our Mother’s Day project. A celebration of every woman’s right to decide how and where they feed their children without feeling guilty or embarrassed about their parenting choices.

The giant breast balloon is rather cartoonish in appearance, so it’s not particularly graphic, but there’s definitely no mistaking it for anything other than a boob. It’s hard to know if the project truly worked as intended — obviously shifting cultural norms is a slow, tedious process, so uncertainty is to be expected — but it definitely helped fill Instagram with lots and lots of very questionable photos: