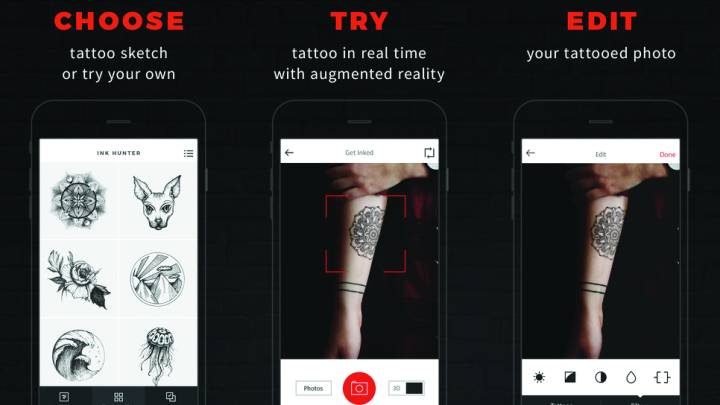 Virtual reality has (justifiably) been the biggest story in the tech world over the past few weeks. Oculus launched the Rift, HTC launched the Vive and gamers are finally getting the chance to see how much potential VR has. But you don’t have to spend $600 on a headset to digitally alter the world around you.

Augmented reality (AR) has been around in various forms for years, allowing consumers to see what furniture might look like in their homes, or to bring virtual figures into the real world, where they can interact with the environment.

Not long ago, an app called INK HUNTER launched on the App Store. Using AR technology, the app allows users to see what a tattoo would look like on their body before they actually make the decision to get inked. You can choose from dozens of premade tattoos in the gallery or upload your own sketches.

In order to make the tattoo appear on your body, you simply need to draw a smiley face on yourself where you want to see the tattoo. Once the app detects the smile, it’ll digitally place the tattoo on you, at which point you can take a picture and see how the tattoo looks. Simple, yet effective.

If you want to try it out for yourself, INK HUNTER is free on the App Store.