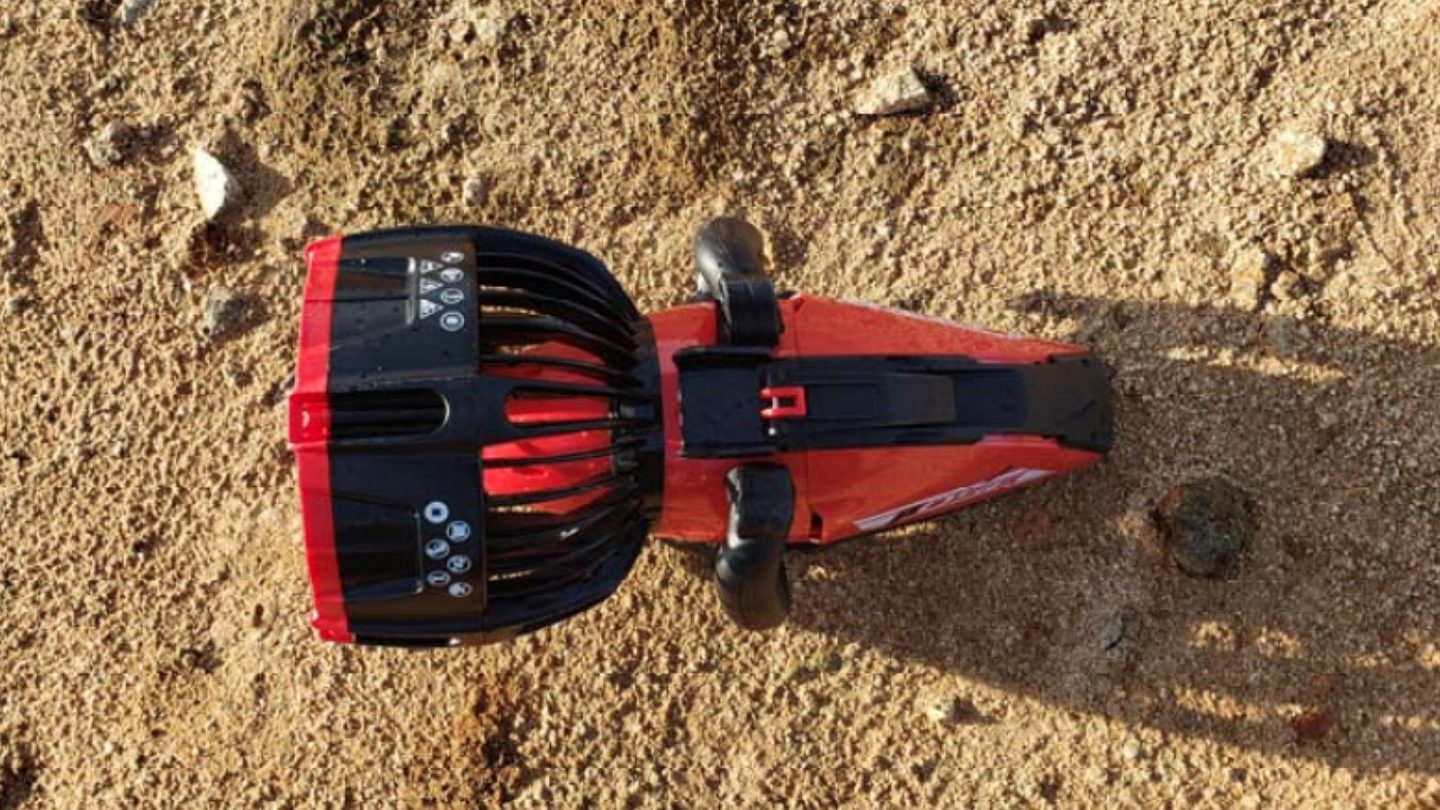 Running from FBI agents is usually not a good idea — well, let’s be real here, it’s never a good idea — but a California man named Matthew Piercy had a trick up his sleeve as he attempted to evade the FBI during a recent car chase. Dumping his truck and snatching something out of the back, Piercey reportedly jumped into Shasta Lake, just north of Redding, California, and managed to avoid capture for nearly a half-hour.

As Gizmodo reports, he did so with the help of a Yamaha Sea Scooter. What is a sea scooter, you ask? Well, allow me to explain in excruciating detail…

Yamaha’s Sea Scooter is a small, handheld gadget that propels you through the water. It has a propeller system, two handles, and a pointy nose that allows a swimmer to gracefully cruise beneath the waves without doing much actual swimming. It’s not a particularly powerful device, making out at a top of speed of less than four miles per hour, but this was apparently enough to keep FBI agents at bay as they attempted to arrest Piercey.

Piercey was wanted in connection with a pyramid scheme that amassed $35 million dollars from participants that were presumably unaware of what was really happening. The suspected conman is said to have conned members of the public with what he termed an “upvesting fund,” but what in actuality was a Ponzi scheme where new investments are paid out to previous investors. This kind of scheme never works because at the end of the road there are always people who lose all their money, while the person running the scheme takes sizeable shares of cash for themselves.

According to The Sacramento Bee, Piercey managed to avoid capture in the lake for roughly a half-hour before resurfacing and giving himself up. The official product page for the version of the sea scooter that Piercey was using says it has a maximum run time of 75 minutes before needing to be recharged. However, that figure is for “normal use,” and you’d have to imagine that while running from the FBI, he had the motor cranked as high as it could go. What a bummer. If only he had brought an extra battery pack along he might have made it.

The lake was also apparently quite cold, so that may have aided the FBI in bringing the chase to a relatively swift end. Piercey was evaluated by EMTs before being handed over to law enforcement to face whatever charges are waiting for him.