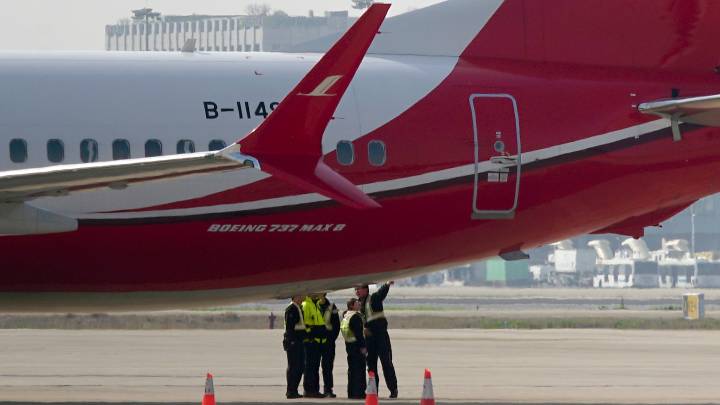 It didn’t take long for many of the world’s airlines and air travel governing bodies to issue a ban on Boeing’s 737 MAX 8 commercial airliner after a crash in Ethiopia took the lives of 157 people. China, Australia, and the UK were some of the first big names to issue bans, and now that the US and Canada have followed suit, there are no longer any 737 MAX 8 aircraft in the skies anywhere in the world.

Plane tracking app Flightradar24 has been following the status of all the 737 MAX 8 aircraft, and overnight there was just one flight left in the skies. That plane safely landed in Halifax, Nova Scotia.

In the days immediately following the crash it was unclear whether or not the U.S. and Canada were planning to ground Boeing’s popular new jets. Ultimately, the FAA found what they believed to be similarities between this most recent crash and the late 2018 crash of another 737 MAX 8, indicating that there might be a serious problem with the planes that couldn’t be explained away as pilot error.

A live look at the global airborne #737MAX fleet.

Our updated post on the ground of the MAX fleet, including the full text of the FAA notice issued earlier today: https://t.co/CaLwcGTAur pic.twitter.com/efdyHwQc2d

The announcement of the 737 MAX 8 ban in the U.S. came as several of the planes were still in the air. Travelers learned that their planes were banned from flying while in the middle of their trips, but all flights were allowed to continue to their intended destinations before those aircraft were officially grounded.

Meanwhile, crash investigators have recovered the black box recorders from the Ethiopia crash and have sent them to Paris where aviation authorities will examine the voice recordings and other information recorded from the moments before the plane came down.

A total of 344 of the MAX 8 aircraft have been delivered by Boeing thus far, and it’s a popular model for many airlines. The ban will surely have an impact on travel times for some, but it’s obviously better to be safe than sorry.

Galaxy Fold 3 and Flip 3 leak so much, Samsung just confirmed the best rumors