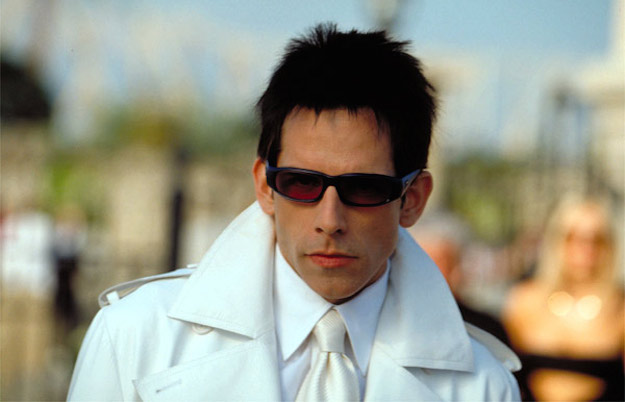 On Friday evening, the highly anticipated trailer to Zoolander 2 leaked online. Slated for release in February 2016, the sequel will thankfully feature all of the usual suspects from the first film, including Ben Stiller, Owen Wilson, Billy Zane, and Will Ferrell. And naturally, the second coming of Zoolander will also include a who’s who of celebrity cameos, ranging from Kanye West to Justin Bieber.

The trailer, though, is a Ben Stiller only affair. Once word spread that the trailer had leaked, the movie powers that be quickly tried to wipe it off the web. But of course, fighting the internet masses is simply a battle that can’t be won. So without further ado, behold, the long-awaited trailer to Zoolander 2.

Now I don’t think I’m going out on a limb here when I say that this is something of a strange trailer — what’s up with the strange science fiction theme coupled with a robotic AI voice from the 1980s? Still, it’s all we’ve got and it’s better than nothing. After all, fans of the first film have been waiting well over a decade to see Derek Zoolander and Hansel back in action. Truth be told, anything featuring Ben Stiller and Owen Wilson is bound to be comedy gold at this point.

And to get you even more amped up for the sequel, how about we take a look back at some of the best moments from the first film. As far as quotable films go, the original Zoolander film is an impressive piece of work.