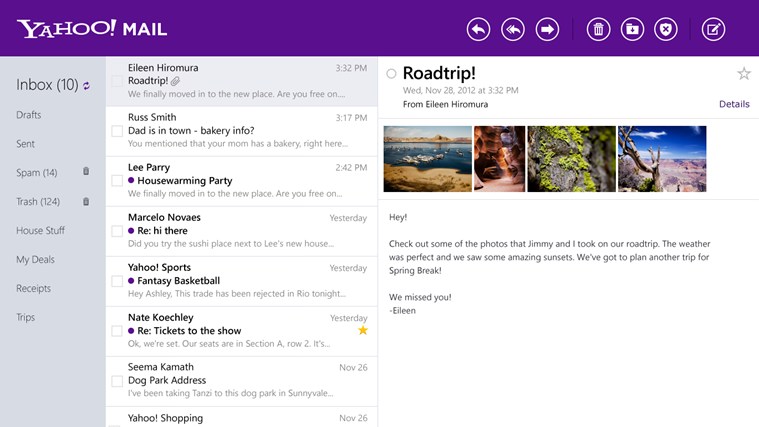 As a former Google (GOOG) executive, Yahoo (YHOO) CEO Marissa Mayer seems to have learned something about creating a strong email interface. That’s why it’s not too surprising that the new Yahoo Mail unveiled on Tuesday bears a striking resemblance to Gmail with a cleaner look and fewer on-page distractions. In a post on the official Yahoo blog, Mayer writes that the company has “redesigned the new version of Yahoo! Mail with speed in mind — getting through your emails is faster than ever before” while also making “your inbox more intuitive and easier to navigate, allowing you to focus on what matters most: your messages.” Mayer said that the changes were made due to users who “told us loud and clear that you want fewer distractions when it comes to email.” In addition to its new web mail interface, Yahoo has also released a new Yahoo Mail app for iOS, Android and Windows 8.