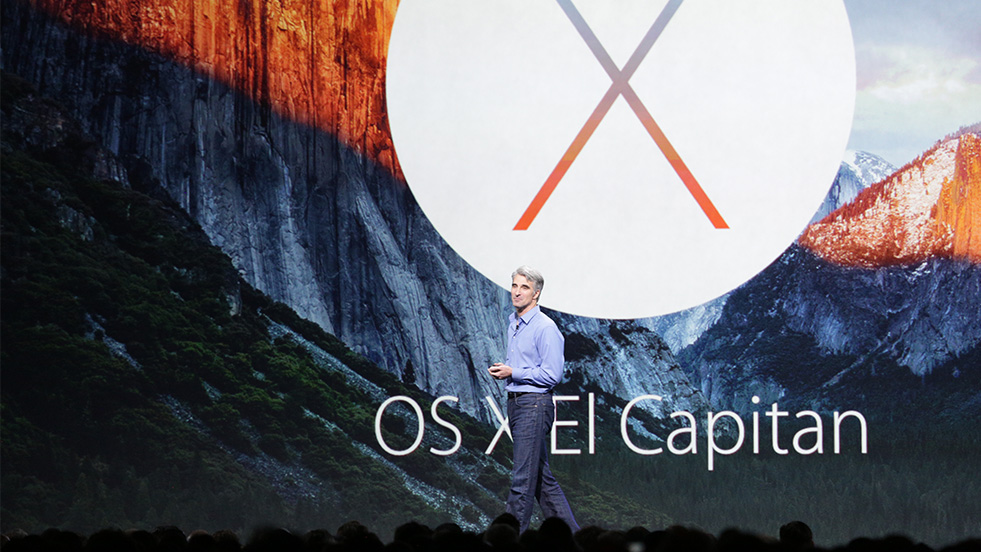 It’s time to batten down the hatches, Apple fans… WWDC 2015 is upon us. Apple’s huge developer conference kicks off each year with a big keynote presentation where Apple CEO Tim Cook and his colleagues take us through all of Apple’s new hardware and software that will be released in the coming months.

This year’s event is set to be an action-packed one indeed, and now things are finally underway.

If the reports leading up to this year’s big event are any indication, we can expect plenty of news surrounding iOS 9, Apple Music, watchOS, OS X and more, but to kick things off, Apple showed off everything new that will debut in OS X 10.11 this year.

Apple announced that its current operating system, Yosemite, has the fastest user adoption in the history of computer platforms. Impressive indeed, and the fact that it’s a free update certain had a lot to do with it.

Yosemite is old news, though. In 2015, Apple will release OS X El Capitan.

Despite its peculiar name, El Capitan is all about simplifying interactions and refining the Mac experience. Spotlight has some great new features, and Safari will get a huge update.

In Safari, Apple has introduced a new “pinned sites” feature that allows users to pin their favorite websites for quick access. Also appreciated is a new feature that lets users mute audio with one click when background tabs start playing things automatically.

Another great new feature let’s users minimize new Mail messages with one click to see new messages, and they can also add tabs to the compose screen to write multiple messages at once.

Mail will also get support for some nifty iOS-like gestures.

New split screen features in El Capitan work much like Windows 7, providing quick and easy ways to create split views when working in multiple apps at once.

Where performance is concerned, apps switch twice as fast in El Capitan and PDFs open four times faster than they do in Yosemite. Apple is also expanding Metal to OS X, which will result in huge graphics performance improvements to OS X apps. As an example, Apple said Adobe used the new Metal tools to improve the performance of one app by eight times.

Apple also said drawing performance in games will improve up to 10 times when game developers use Metal.

El Capitan will be made available to everyone with a developer account later today. It will then be released to the public sometime this fall.