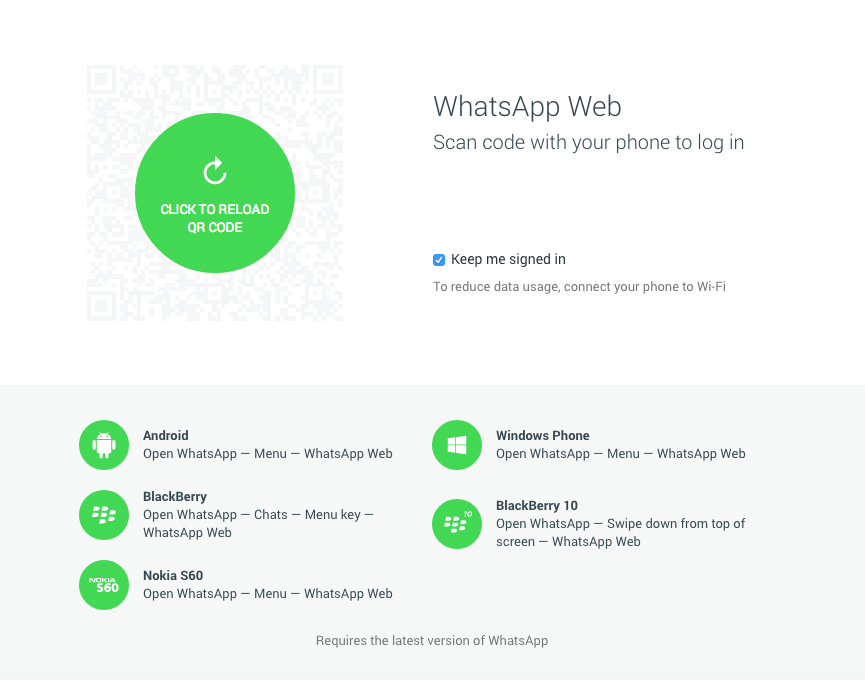 WhatsApp, the instant messaging service Facebook paid lots of millions for not too long ago, is growing more and more popular with users across mobile operating systems, and the company has finally released the one feature some users have been anxiously waiting for. WhatsApp on Wednesday announced that it’ll finally let users continue their conversations on the desktop, launching a web version of the chat application. However, there’s also some bad news to go with this terrific announcement.

Specifically, iPhone users will hate the feature for the time being, as it won’t work on their devices just yet, “due to Apple platform limitations,” as the company puts it.

In order to enable the service for any other phones, users simply have to visit a web page — https://web.whatsapp.com — using Google’s Chrome browser and scan the QR code inside the WhatsApp app. Then they have to keep the phone connected to the Internet for the web client to keep working, which shouldn’t be a problem in most cases.

WhatsApp is yet to release official desktop apps for Windows or Mac. More information about the web app version is available at the source links.