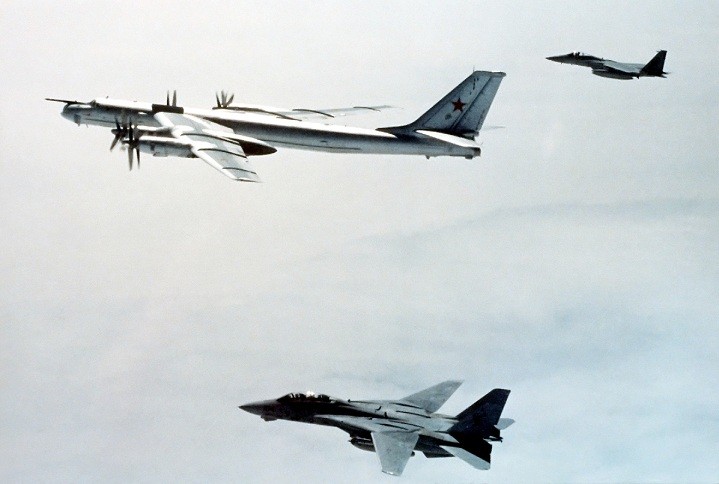 Tensions between the USA and Russia escalated on Independence Day, when the European superpower decided to send two pairs of Tupolev Tu-95 long-range strategic bombers, capable of carrying nuclear payloads, close to the coast of California and Alaska. The Air Force scrambled fighter jets to intercept them.

The first incident occurred at 10:30 a.m. ET on July 4th, FoxNews reports, off the coast of Alaska, when two Air Force F-22 fighters intercepted two Tu-95 bombers. Half an hour later, two F-15s were sent to intercept a pair of Tu-95 Bear bombers off the central coast of California.

NORAD would not confirm if either pair of bombers was armed. Neither pair of Tupolev entered U.S. airspace, 12 nautical miles off the coast. One official told ABC News that the interception could have taken place “as far out as 200 miles.”

While the Russian airplanes were in the air, Russian President Vladimir Putin called President Obama to wish him a happy July 4th.

A similar incident took place two years ago on the same day. Since the start of the Ukraine crisis, Russia has increased its military exercises over Europe and the Pacific, with the U.S. and European allies having intercepted Russian planes. The European Leadership Network estimated that Russia and the West had 40 military encounters, of which three were designated as high-risk incidents, Business Insider reports.