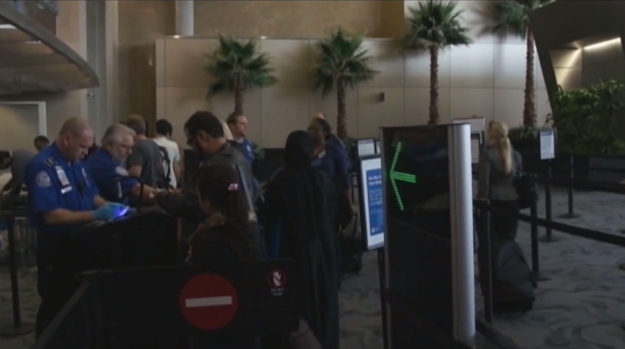 An undercover operation conducted by Homeland Security Red Teams revealed that TSA security checks often do not serve their intended purpose, with airport officials failing to discover mock explosives and banned weapons in 95% of the trials.

DON’T MISS: Why the iPhone 6s is poised to blow away all previous iPhone sales records

The tests were performed recently at dozens of airports, where undercover investigators posing as regular passengers set out to beat the system, ABC News reports. In as many as 67 out of 70 attempts, TSA personnel wasn’t able to detect the illegal items at security checkpoints.

In one test, an undercover agent carrying a fake explosive device taped to his back was able to pass a pat down after he activated a magnetometer alarm.

Following the disappointing results of the undercover tests, the DHS asked the TSA to take measures to further improve security and address the discovered flaws.

“Upon learning the initial findings of the Office of Inspector General’s report, Secretary Johnson immediately directed TSA to implement a series of actions, several of which are now in place, to address the issues raised in the report,” the DHS told ABC News, without revealing what these findings are.

The DHS regularly conducts tests like these, with then-TSA administrator John Pistole saying in 2013 at a hearing on Capitol Hill that Red Teams are basically “super terrorists” who are able to take advantage of the known weaknesses in TSA protocols.

“[Testers] know exactly what our protocols are. They can create and devise and conceal items that … not even the best terrorists would be able to do,” Pistole said.

Similar tests conducted on checked baggage revealed there are screening vulnerabilities throughout the system, in spite of massive investments and training programs dedicated to improving airport security.