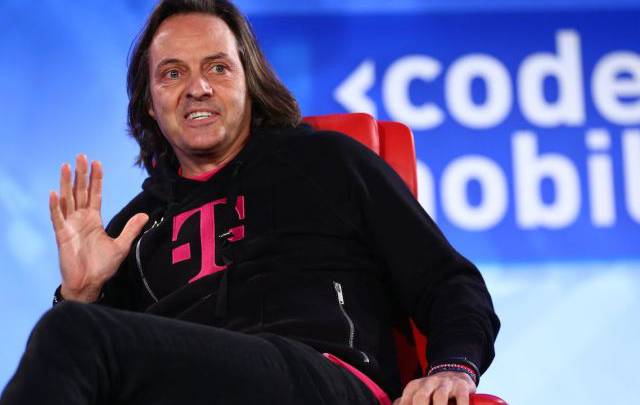 T-Mobile loves to brand itself the “Un-carrier” but a new lawsuit alleges that it’s doing something very carrier-esque by charging customers sneaky early termination fees despite the fact that they never signed onto any service agreements. Per Top Class Actions, the suit is alleging that while “T-Mobile attracts customers by touting ‘no contract’ cell phone service plans without any hidden fees,” the company actually “has a practice of unlawfully seeking the entire amount under the device contract as immediately due” whenever a customer leaves T-Mobile early.

This has actually always been the case with T-Mobile ever since it announced that it would ditch two-year service agreements. If you buy a device through T-Mobile, you have the choice to either pay for it outright or to pay for it in monthly installments over the span of a couple of years. So while T-Mobile isn’t going to charge you any fees if you leave their service if you’ve already paid off the cost of the device, you will have to pay off the cost of the device in its entirety if you leave before you’ve paid it off.

“When T-Mobile attempts to recover the entire accelerated amount, it knows it has no right to seek this amount,” the class action suit alleges. “Thus, T-Mobile has a practice of illegally accelerating contracts and attempting to collect illegal charges from consumers that are not owed.”

Whether this suit is successful may come down to how well T-Mobile has covered its bases in its device purchase agreements. If T-Mobile explicitly tells device buyers that they’ll have to pay off the entirety of the device immediately if they leave T-Mobile before paying off their installments, it will be tough to see how this is all that deceptive.

Then again, this lawsuit is alleging T-Mobile has specifically violated the Florida Deceptive and Unfair Trade Practices Act and the Florida Consumer Collection Practices Act, so a case could also hinge on whether T-Mobile’s marketing has deceived consumers into thinking its ditched all contracts when in reality it’s just ditched all service contracts.

BGR reached out to T-Mobile and the “Un-carrier” declined to comment.