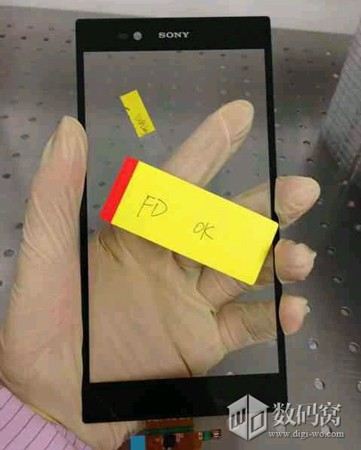 With the rise of smartphones, the mobile industry has gone from ridiculously small devices to oversized handsets. Samsung’s (005930) original Galaxy Note was one of the first devices to blur the line between smartphones and tablets. The 5.29-inch handset was just the start of what would become the phablet phenomenon. Since then a number of manufacturers have announce devices with larger displays, the most recent being Sony’s (SNE) Xperia Z smartphone with a 5-inch screen. It would appear the company is looking to go even bigger, however.

A post from Chinese forum Digi-wo revealed an image of a 6.44-inch display with Sony branding. The hardware is said to be for an upcoming Sony phablet with a 1080p display, although no other details were revealed. With Mobile World Congress just around the corner, it is speculated that the company may debut a new Xperia device at the annual trade show in Barcelona.