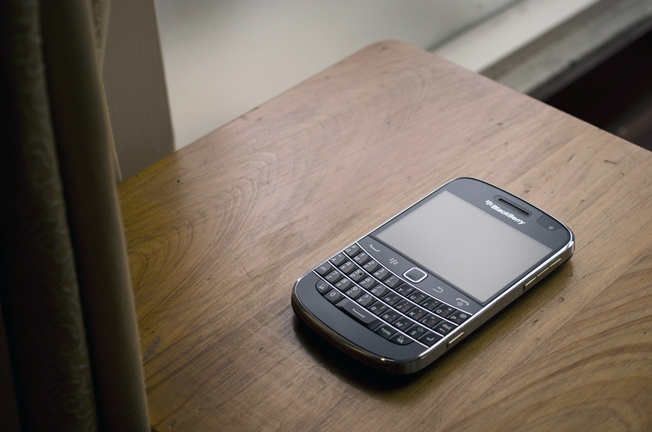 Research In Motion (RIMM) and HTC (2498) definitely don’t need any more bad news, but unfortunately the hits keep on coming. Third-quarter smartphone estimates are trickling out from all the top firms and a number of interesting items are emerging. On the plus side, Samsung (005930) continues to keep things interesting in its battle at the top with Apple (AAPL), and the company’s Galaxy S III out-sold the iPhone to become the No.1 handset in the world. In more disheartening news, RIM and HTC continued their downward spirals the third quarter.

According to market research firm Canalys, total global smartphone shipments in the third quarter grew 44% to 173.7 million units. Samsung was the world’s top vendor in the quarter, having shipped an estimated 55.5 million smartphones and growing its market share from 22.7% in Q3 2011 to 32% last quarter.

Apple remained in the No.2 spot with smartphone shipments totaling 26.9 million units. The Cupertino, California-based company’s global market share grew from 14.2% to 15.5% year-over-year according to Canalys, and shipments grew by 57.6% during that period — a figure bested only by Samsung’s staggering 103.6% growth.

Sony (SNY) jumped into the No.3 spot with smartphone shipments totaling 8.8 million units in the third quarter, but the fourth and fifth spots come alongside grim news.

Sony and HTC overtake RIM and Nokia in smart phones

Asia Pacific accounted for over 50% of the smart phone market for the first time since 2006, with Asian vendors rising

Canalys today released its final worldwide country-level smart phone data for Q3 2012. The estimates show that the smart phone market reached 173.7 million units, growing 44% year-on-year. Samsung topped the table for the third consecutive quarter, followed by Apple. Together, both vendors accounted for nearly 50% of the market.

Sony jumped into third place with 8.8 million units, its first appearance in the top five since the end of 2006. The vendor has had a strong brand re-launch, with new products shipping this quarter. Products such as the Xperia P, S, U and tipo boosted shipments, particularly in EMEA and APAC. Its new LTE products, the Xperia GX and SX, in Japan ensured that this was Sony’s top country, accounting for around 14% of its shipments.

HTC stayed in fourth place, with just under 5% of the market. The vendor made a big effort in Q2, well before the iPhone 5 launched, with highly competitive devices, such as the One Series and multiple network/regional variations of the Desire V. ‘While going head-to-head with the Samsung Galaxy S3 has been challenging, the vendor has had strong sequential growth in major developing markets, such as China and Indonesia,’ said Pete Cunningham, Principal Analyst. ‘Q4 is going to be tough for it, along with the majority of Android- and Microsoft-based vendors, and continued investment in brand is of the utmost importance.’

RIM held onto fifth place, while North Asia-based vendors LG, ZTE, Lenovo and Huawei all shipped impressive quantities of their own-brand devices. They overtook a struggling Nokia, as the vendor and consumers waited for the October Windows Phone 8 launch.

Asia Pacific accounted for over 53% of the worldwide smart phone market. China has been a powerful driver behind volumes again for many vendors and the market broke through the 50 million unit barrier this quarter. Samsung retained its lead in China, though its share has been under pressure from the rising local Chinese vendors, and remained the same as a year ago at 14%. Lenovo has moved into second place, assisted by volumes of lower-priced smart phones and a focus on its routes-to-market through distribution.

‘When considering actual use of smart phones, however, the markets differ dramatically again, determined by network availability, speed, pricing and localization. For example, data from the Canalys App Interrogator tool shows that the US market still leads in terms of app downloads and revenue,’ said Chris Jones, Canalys co-founder, VP and Principal Analyst. ‘For example, the US made up 45% of all Apple iPhone app downloads in September, compared with just 11% in China.’ For US smart phone volumes in Q3 the iPhone 5 naturally boosted Apple’s share sequentially, to 38%, with Samsung making up a quarter of the market. LG and Motorola came next as HTC slipped down the rankings. And though Sony has had global success, it must rethink its mobility strategy in the US where it held less than 0.5% market share in Q3.