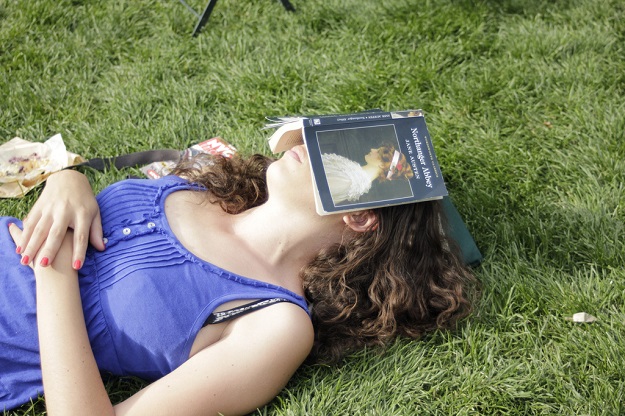 Back in college, I remember staying up for over 30 hours straight during finals week in a naive, misguided and ultimately foolish attempt to maximize my study time. Additionally, for reasons that defy explanation, I thought it wouldn’t be a terrible idea to take a 9AM final exam with absolutely no sleep to my name.

DON’T MISS: How to find out if your Netflix account was hacked – and how to fix it

My master plan, not surprisingly, didn’t exactly pan out as I had hoped. Instead, I encountered a trifecta of adverse, albeit short-term, side effects. First off, I got sick. Second, my studying was laughably inefficient as I had trouble concentrating on any specific task. And third, the exam I took on no sleep was one I’d like to forget.

Experience can be the most brutal of teachers, as the old saying goes.

Without question, both the brain and the body experience extreme changes when deprived of sleep. That being the case, what exactly happens if you really try to push your sleep deprivation to the limit? We’re not talking about pulling a simple all-nighter, but rather staying up for anywhere between 36 and 72 hours straight.

Thankfully, for me at least, doctors have written extensively on the issue. Further, there are no shortage of individuals who have documented their own experiences while avoiding sleep for days on end.

All that said, Everyday Health has an interesting piece which maps out what happens to both your mind and body when you refuse to lie down and even get a quick power nap in.

24 hours of no sleep

Citing a 2010 study in the International Journal of Occupational Medicine and Environmental Health, the report notes that “the consequences of sleep deprivation at 24 hours is comparable to the cognitive impairment of someone with a blood-alcohol content of 0.10 percent.” Specifically, going on no sleep for 24 hours straight will hamper your memory, ability to focus, your hearing, and hand-eye coordination.

36 hours of no sleep

Registered nurse and clinical sleep educator Terry Cralle explains that people up for 36 hours straight will see their cardiovascular health and blood pressure adversely affected. It’s at this point, Cralle notes, that “your health begins to be at risk.” With an increased heart rate and rise in blood pressure, the risk of having a stroke also increases.

48 hours of no sleep

According to the report, 2 straight days of no sleep yields the following consequences: “The body begins compensating by shutting down for microsleeps, episodes that last from half a second to half a minute and are usually followed by a period of disorientation.” Notably, microsleeps happen on their own, it’s not something one can consciously avoid.

72 hours of no sleep

At this point, you can expect to see huge problems with “concentration, motivation, perception, and other higher mental processes.” Also, it’s not uncommon for people up for three days straight to begin hallucinating. Additionally, staying up for three days straight will adversely affect one’s senses, including their vision, sense of smell, and sense of touch. Other consequences include tremors, false memories, and muscle aches.

Two final things: One, it’s worth noting that the Navy Seal training process includes a week appropriately called “Hell Week” where recruits have to stay up for days on end while engaging in rigorous physical activity.

And two, the world record for the most consecutive days awake is 11, or 264 hours.