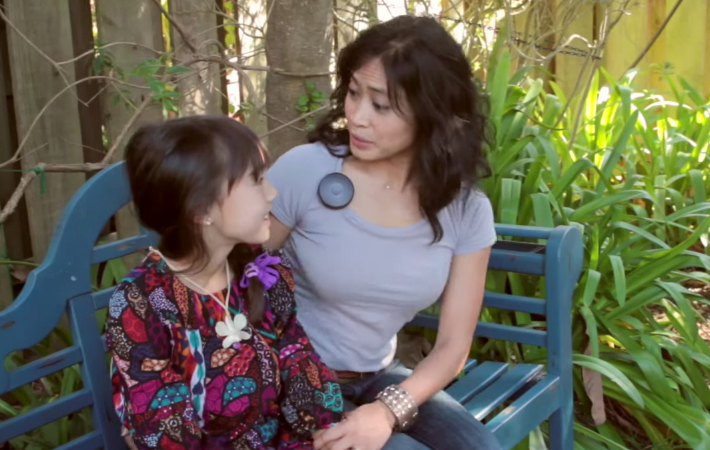 While we’re a long way from being able to boldly go explore new galaxies Star Trek-style, a communicator such as the one worn by Enterprise employees to talk to one another is available for preorder right now for just $99, though buying just one won’t be enough to turn it into a Star Trek-like communicator.

The OnBeep Onyx is a small, wearable device that connects to your iPhone or Android smartphone and lets you talk to friends that have an Onyx-connected device no matter where they are. The small device is just like a walkie-talkie, only it needs to be connected to the Internet via a smartphone to work.

The gadget can be used for day-to-day quick communication, but it was inspired by a more serious need.

“During an incident, an emergency responder needs to be able to communicate with the rest of the team without losing focus,” OnBeep CEO Jesse Robbins wrote on the company’s blog. “The last thing you want is to have your attention pulled away from the scene in an emergency. To make that possible, we rely on two-way radios. They’re bulky, ungainly and cumbersome, but they’re reliable — and that’s what matters when you’re working in life-or-death situations.”

“But you don’t need to be in a life-or-death situation to appreciate instant communication. Whether you’re juggling grocery bags or working behind the scenes to put on a major event, we wanted to deliver the same effortless user experience to everyone,” he added.

The Onyx works with devices running iOS 7 or later, or Android 4.1 or later, and the first devices should be shipped this December.

A video showing Onyx in action follows below, while more information about the $99 walkie-talkie-like gadget is available at the source links.