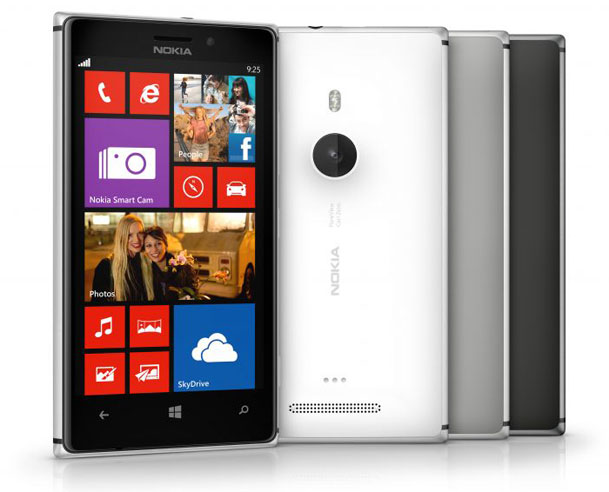 Nokia on Tuesday unveiled its new Lumia 925 smartphone during a press conference in London. The struggling vendor’s new Windows Phone beats the same drum yet again in a number of ways, though there are a few notable changes this time around. For one, the Lumia 925 features an aluminum body instead of the polycarbonate case used on the Lumia 900 and Lumia 920. The phone also includes Nokia’s enhanced PureView with improved low-light shooting, and while Instagram still isn’t available for Windows Phone 8, the Lumia 925 includes a new “Smart Camera” function and it comes preloaded along with the popular photo filter app Hipstagram.

The Nokia Lumia 925 will launch on T-Mobile in the U.S., though no pricing or release timing have been announced. Nokia’s full press release follows below.

The Nokia Lumia 925 includes the most advanced lens technology and next
generation imaging software to capture clearer, sharper pictures and video, including the best low light images. The Nokia Lumia 925 also introduces the new Nokia Smart Camera mode, coming as an update to all Lumia Windows Phone 8 smartphones. Nokia Smart Camera offers an easy way to capture ten images at once and edit the pictures with options like Best Shot, Action Shot, and Motion Focus for creating the perfect high quality image.

The Nokia Lumia 925 introduces metal for the first time to the Nokia Lumia range, bringing appeal and unique benefits like increased robustness. The polycarbonate back comes in white, grey or black. A wireless charging cover can be clipped onto the back of the phone to take advantage of Nokia’s extensive wireless charging accessories and ecosystem. Covers, sold separately, come in white, black, yellow, and red.

Leading Nokia services, such as the HERE suite of integrated location and navigation services and Nokia Music for unlimited streaming of free music playlists, add to the great proposition offered by Nokia’s latest smartphone.

The Nokia Lumia 925 is being introduced into Europe with Vodafone, along with other operator and retail partners. Patrick Chomet, group director of Terminals at Vodafone said: “The new Nokia Lumia 925 is a sleek and sophisticated smartphone delivering great performance and outstanding imaging. We look forward to offering the Nokia Lumia 925 across our markets on Vodafone Red, as well as other tariffs, enabling customers to make the most of their new smartphone on Vodafone’s fast and reliable network. Vodafone customers will also have exclusive access to a 32GB version of the Nokia Lumia 925, giving them even more capacity to store all their content for personal and business use.”

Terry Myerson, corporate vice president, Microsoft Windows Phone Division, added: “Together with Nokia, we continue to change the way people think about smartphone cameras. The work Nokia has done with the Lumia 925 further enhances the imaging capabilities of the Lumia smartphones.”

In addition to Europe, the Nokia Lumia 925 will be introduced into the US by T-Mobile and into China by China Mobile and China Unicom. Sales are expected to start in the UK, Germany, Italy, Spain and China in June, followed by the US and a number of other markets. The Nokia Lumia 925 will be priced around 469 EUR before taxes and subsidies. Country-specific pricing and availability will be announced locally.