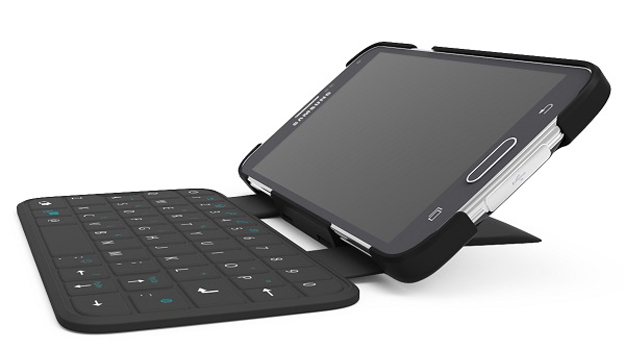 The one2TOUCH Flipcover Keyboard is a new smartphone accessory that Geeky took a look at during CE Week in New York this past week. The device doesn’t look particularly special, but it’s the keyboard cover’s guts that we’re most interested in.

one2TOUCH’s Flipcover doesn’t include a battery and it never has to be charged. It connects to your smartphone using NFC and is powered by ambient energy from that very connection. It also doesn’t need to be paired and it won’t drain your phone’s battery at all.

Now, for the bad news: on2TOUCH’s Flipboard hasn’t hit retail yet, as the company is still working out agreements with distributors.