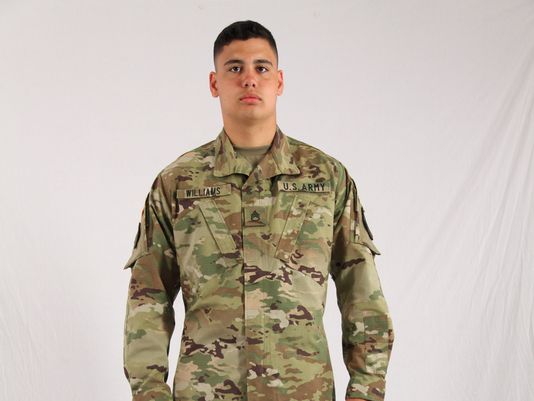 The Operational Camouflage Pattern uniform is available in select military clothing stores. In a statement released last month, the Army said that the new clothing is the result of the most comprehensive uniform camouflage testing effort it has ever undertaken.

In addition to the camouflage change, the new uniforms also incorporate minor design changes. These include redesigned shoulder sleeve pockets with a zipper opening, no trouser drawstring, a button on the lower calf pocket, two pen pockets on the sleeve instead of three, and the elimination of the elbow and knee patch hook and loop.

Uniforms and equipment in the new camouflage pattern will be available for Army National Guard, Army Reserve, and Senior Reserve Officer Training Corps during summer 2016, according to the Army.