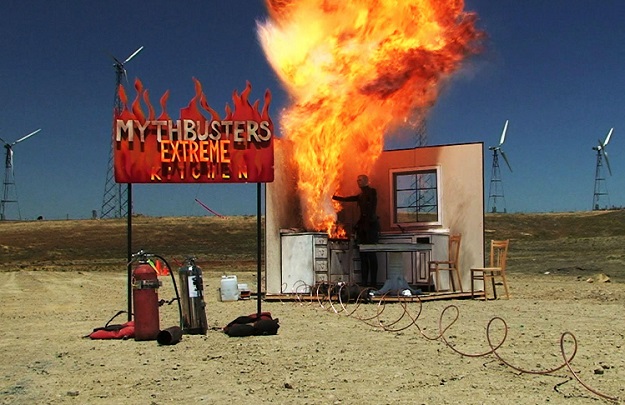 In the cutthroat world of entertainment, where most TV shows are seemingly always on the brink of cancellation, MythBusters’ 14-year run on The Discovery Channel is beyond impressive.

Over the course of the show’s 14 year run, fans were treated to 282 episodes and thousands of experiments replete with explosions, crazy contraptions, water landings, rockets, jaw-dropping crashes and much more. In an effort to encapsulate the magic of the show into one relatively short clip, Vimeo user Thomas Crenshaw dug through the archives and put together a nicely done 3-minute clip highlighting the best moment’s from the show’s run.

The video starts off with a 2002 demo video that Jamie Hyneman and Adam Savage put together (on iMovie, no less) before the show became a stable of cable television and, more broadly, web culture. Shortly thereafter, the video morphs into an awesome highlight reel with Blur’s Song 2 providing the background music.