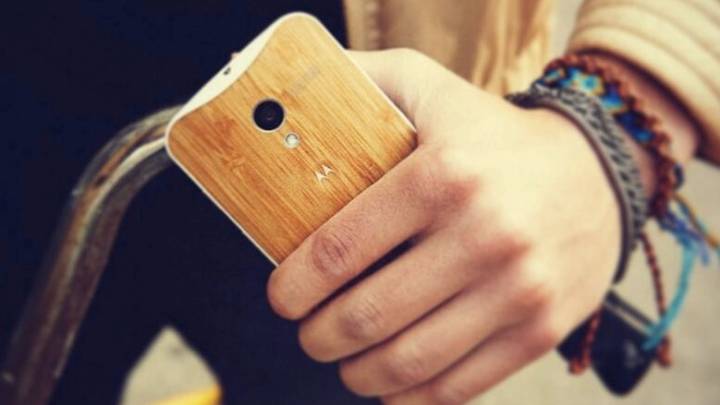 It is no surprise Motorola wants to sell its new flagship phone on customized covers and voice commands. Google is a software company. It dreams of a world where consumers buy their phones based on look and software, not hardware. Motorola’s new CEO is a salesman, not a phone man. He is staring at -30% operating margins and sweating. How better jack up margins than sell a phone with mid-range specs at a luxury phone price? It’s a beautiful dream.

Dreams are necessary. Every now and then, we all need to escape to a fantasy world where Angelina Jolie suddenly opens the car door and says “Drive” with a threatening purr. But running a business on dreams can be hazardous.

Motorola is effectively trying to break two industry axioms at the same time. The first is that consumers want to walk out of the store with a phone in their paws when they go shopping — this is something many retailers think is an ironclad rule. Most people need that serotonin rush of physically fondling the phone they just paid for, particularly at the high-end. The second axiom is that consumers feel awkward making voice commands at their phones, particularly in public. I know Motorola has focus group studies showing that consumers don’t mind waiting for four days after ordering their version of Moto X. There are studies also showing that consumers like the idea of voice commands.

But these focus groups are often nothing but projections of the dreams that executives have. There is nothing harder than actually constructing an effective focus group. Consumers simply do not know what they really want until they physically evaluate competing products in a retail store. They never have.

I talked to a Motorola executive in the autumn before the Black Christmas when the RAZR sales suddenly collapsed. He described me the focus group survey showing that consumers were not getting bored with the myriad RAZR phones out in the market. I believe he was sincere and that the focus group study was real. But I also believed that consumers did not realize the quality of the competition until they saw the new generation of color display technology in Asian models that rolled out in November. In the end, consumer surveys blinded Motorola from the imminent RAZR backlash.

I talked to a Nokia executive in the autumn of 2008 and he told me very firmly that Nokia had focus group reports proving that consumers did not want 3-inch touch displays. 2-inch non-touch screens were fine and Nokia did not need to join this absurd display size competition. Once again, I believe the focus group study was real. It is quite possible that consumers felt that they don’t really need a large touch screen. And then they walked into a store and saw a Samsung with a 3.5 inch screen and started fondling it and what the consumers thought they wanted changed.

There is a reason the industry believes you cannot make consumers wait for four days for a customized model and that voice commands do not work as a smartphone sales pitch. These axioms have been tested repeatedly and they have held true. It is just thrilling that Motorola dares to dream about a wood veneer phone that features old display tech and ships four days after the purchasing decision, but still costs as much as the leading luxury phones. But don’t expect this dream to turn into dollars.