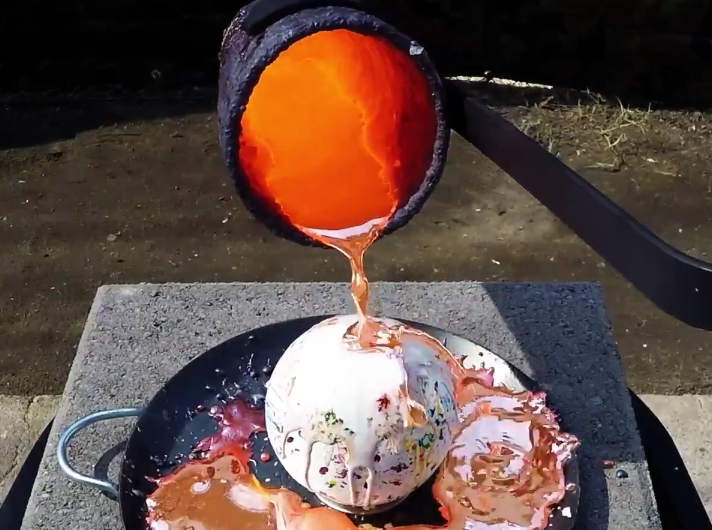 Eating a jawbreaker is a rite de passage for any kid growing up. Having the patience to keep a giant ball of sugar in your mouth until it’s small enough to bite into is something that everyone should try at least once before becoming an adult.

That said, a new video has made me rethink the wisdom of ever eating jawbreakers because apparently the things hold up disturbingly well when doused with molten copper.

MUST READ: ‘Netflix for pirates’ is making the comeback you’ve been waiting for

YouTube user Tito4re, who has made a name for himself by puring molten copper over different objects, dumps the liquid metal onto a jawbreaker as part of his latest experiment. While some of the artificial coloring on the candy does melt off pretty quickly when doused in molten copper, the overall structure and shape of the jawbreaker remains mostly intact for a long time.

The candy does gradually melt through its assorted color layers, although it takes a good couple of minutes before you start seeing it change from white to yellow. After the candy melts down most of the way, the Tito takes out a hammer and whacks it down to its core… and then he eats it because, why not?