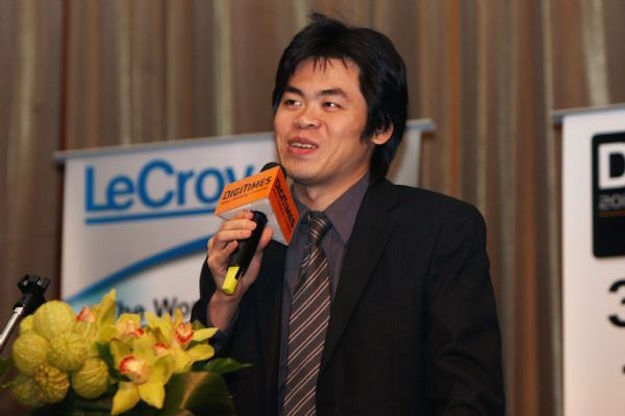 You can bet good money that the iPhone 6s will feature a 12 megapixel camera, 2GB of RAM, a speedy A9 processor, a Force Touch display, a more durable aluminum build, a better performing Touch ID sensor, and will be available in Rose Gold.

While Apple rumors are a dime a dozen, the information above is all but a sure thing because it comes from none other than Ming-Chi Kuo of KGI Securities, an analyst with an almost unparalleled knack for revealing Apple’s hardware plans often months in advance. Kuo’s talent in this regard is astounding, not only because he’s been at it for years, but also because he’s been able to successfully telegraph Apple’s plans even in the face of Tim Cook’s pledge to doube down on product secrecy.

Funny thing is, Kuo seemingly values secrecy as much as Apple does. In a recent profile on the leaker of secrets (trademark pending), Cult of Mac notes that there are just three known photos of Kuo on the web, not surprising given that he prefers to avoid the spotlight altogether.

Still, Cult of Mac manages to divulge a number of interesting details about Kuo. For starters, Kuo doesn’t exclusively write about Apple. You might recall, for instance, that he accurately predicted Amazon would release a smartphone a full three months in advance. Based out of Taiwan, CoM relays that Kuo previously worked at Concord Securities and DigiTimes Research before joining KGI Securities in 2012.

While secret formula behind Kuo’s success remains shrouded in mystery, one thing that can’t be denied is that Kuo’s track record is insanely good. In previous years, Kuo has laid out Apple’s product roadmap sometimes 12 months down the line. So wherever Kuo’s information is coming from, its quality stuff 99% of the time.

Back in April of 2014, for instance, Kuo correctly anticipated that Apple would release two new iPhone 6 models and that the Apple Watch would come in two sizes. One year before the Apple Watch even hit store shelves, Kuo accurately predicted that it would come with a sapphire display, an NFC chip, and wireless charging functionality. What’s more, Kuo also has a near spotless track record when it comes to predicting what type of iPad, iMac, and MacBook refreshes and product upgrades Apple has coming down the pipeline.

Indeed, Kuo’s research reports are typically so accurate that they are now taken as gospel.