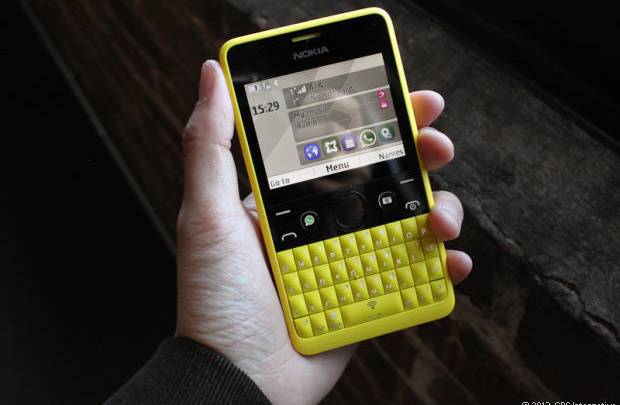 Never mind Bing and Xbox. What the heck is Microsoft’s new CEO going to do about its feature phone unit that is churning out 200 million low-end  handsets a year? The dilemma here is that Nokia’s handset unit has two very disparate parts: feature phones and smartphones.

Feature phone demand is now dropping rapidly as low-end Android smartphones are beginning to hit the $100 unsubsidized price. That was the segment of Nokia’s feature phone business that kept the whole low-end business profitable: The $80 to $100 premium feature phones that offered tolerable camera performance, relatively tight pixel density and extras like WiFi support.

Now that this precious slice of the budget phone market is about to be engulfed by an Android army, the entire feature phone unit is beginning to look like a giant Motorola-sized millstone. There is no money to be made in the $20 to $60 phone business, certainly not after volumes erode further.

Yet if Microsoft jettisons the feature phone part of Nokia’s phone business, what is left is the minuscule smartphone unit. And it really is tiny — volumes are now expected to dive below 7 million units in Q1 2014. What is Microsoft going to do with a phone business that ships 6.8 million devices in a quarter? This is not a an ecosystem. It’s an eccentric folly, resembling the General Motors acquisition of Fokker Aircraft Corporation.

Microsoft may be forced to keep the shriveling feature phone business, simply to maintain scale and shelf space in emerging markets. This would mean a grueling marathon of enduring substantial losses from the Nokia operations while trying to construct a system that somehow funnels Nokia feature phone owners in India and Brazil into the Windows smartphone world.

But how is that actually going to happen? What are the real synergies between the feature phone unit and the Windows phone unit? Can Windows phones somehow yield real benefits to Microsoft’s Bing and Xbox operations? Does anything really bind together this hodgepodge of businesses? Microsoft’s new CEO faces a task that seems impossibly tough for an enterprise guy — how to predict shifts in consumer market for the next half a decade and tailor the company to suit them?