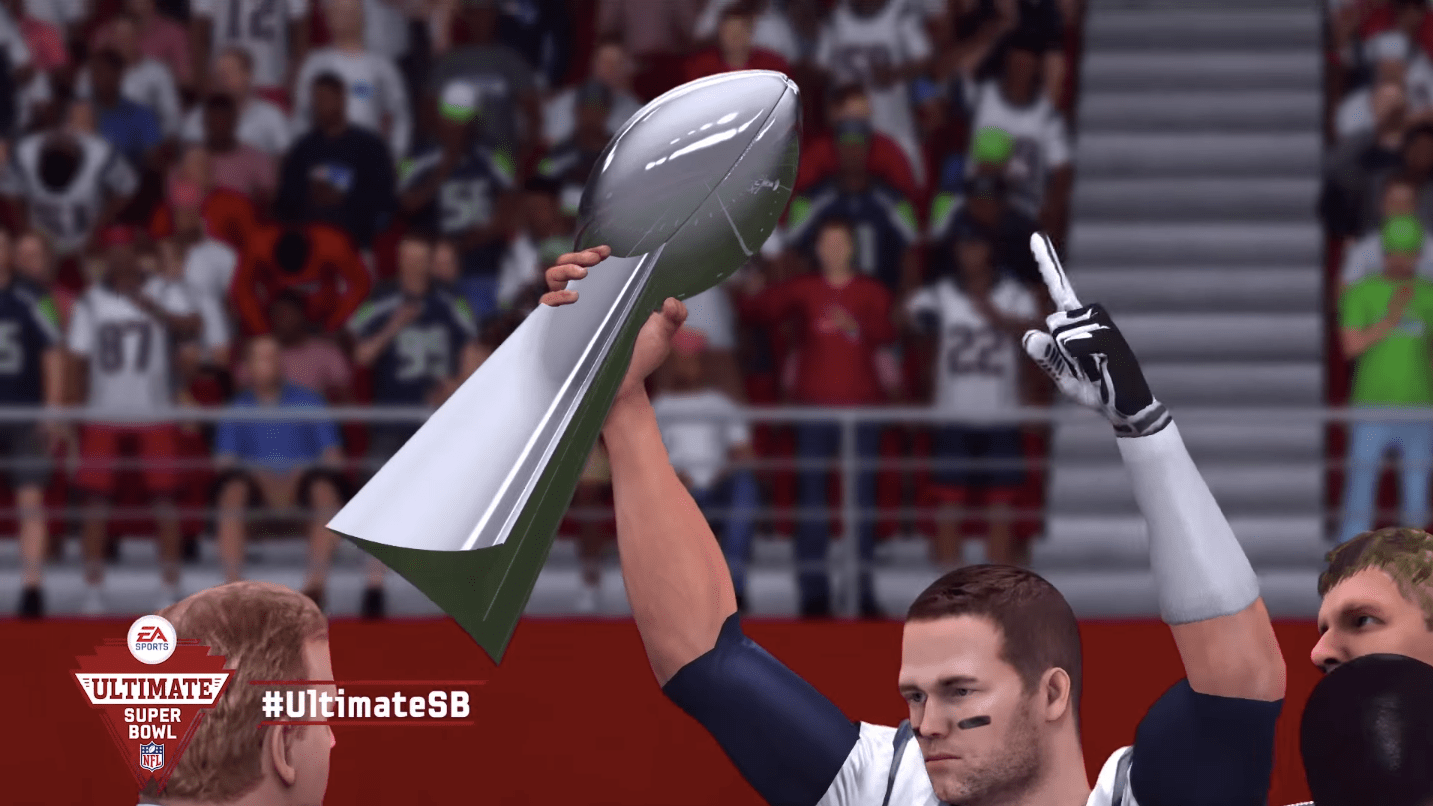 If you had money on the Super Bowl, you would have cleaned up if you based your bet on the simulation conducted before the game by Madden NFL 2015. As USA Today’s Brett Molina notes, Madden’s official simulation got the score of the game exactly right since it correctly predicted the Patriots would beat the Seahawks 28 to 24. And that’s not the only thing Madden got right.

Patriots receiver Julian Edelman caught the game-deciding touchdown pass in the Madden sim, just as he did in the actual game. Brady was also named the Super Bowl MVP in Madden, just as he was in real life. Even more remarkable is the fact that the sim was even accurate about some individual stats in the game.

“The Madden sim predicted Tom Brady would win Super Bowl MVP (which he did), passing for 335 yards and 4 touchdowns,” notes Molina. “Brady finished the game with 328 yards and 4 touchdowns. The simulation missed by only seven yards… The simulation had Edelman finish as the Patriots’ top receiver, with eight catches for 106 yards. Edelman ended the Super Bowl with nine catches for 109 yards.”