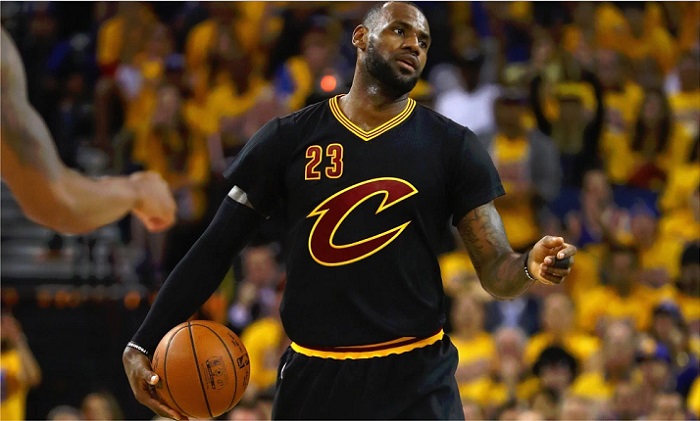 Well, LeBron James finally accomplished what he set out to do when he announced his triumphant return to the Cleveland Cavaliers 2014: he brought an NBA championship to Cleveland.

We can ignore innumerable questionable calls by the refs throughout the series — not to mention the peculiar suspension of Draymond Green for game 5 — because what the Cavaliers achieved over the weekend in coming back to win the title down 3-1 in the series was quite literally unprecedented.

Suffice it to say, I’m anything but a LeBron fan (the Cavs may not have even made it out of the first round in the Western Conference, in my opinion), but there’s no escaping the fact that James was the MVP on a team that not only dethroned the defending NBA champs, but a Warriors team that won a record-setting 73 games during the regular season.

DON’T MISS: Confirmed: Apple is making only one, very dumb change to the iPhone this year

Begrudgingly, even Lebron detractors have to acknowledge and respect that.

Going into the NBA Finals, the Cavaliers were clear underdogs. And once the Cavs went down three games to one, the odds in Vegas that LeBron and co. could take back the series were as high as +900.

Looking back at the Cavaliers’ historic championship run and odds-defying victory, has a fascinating piece up detailing how LeBron sought to find every and anything that could help motivate his teammates and help them believe that an unprecedented comeback was indeed within the realm of possibility.

And interestingly enough, one of the sources of inspiration James turned to was Steve Jobs. Specifically, James played portions of Steve Jobs’ iconic 2005 Stanford University commencement speech to rally the troops ahead of game 3.

If you haven’t ever listened to Jobs’ commencement speech, do yourself a favor and check it out now. It’s truly a classic. If you have listened to it before , you’re likely familiar with the portion of the speech where Jobs talks about how the future plays out in ways that we can’t ever anticipate.

“You can’t connect the dots looking forward,” Jobs passionately said, “you can only connect them looking backwards. So you have to trust that the dots will somehow connect in your future. You have to trust in something — your gut, destiny, life, karma, whatever. This approach has never let me down, and it has made all the difference in my life.”

With this as the backdrop, writes that Richard Jefferson — an NBA vet with 15 years in the game — was particularly affected by Jobs’ words.

As he listened to Jobs’ speech, 15-year veteran Richard Jefferson was struck by the events that had transpired to place him in these NBA Finals. The only reason he was in this locker room was because DeAndre Jordan had changed his mind about signing with the Dallas Mavericks over the summer. Jefferson had committed to the Mavs, thinking he’d be teaming up with Jordan, Dirk Nowitzki, Chandler Parsons and Wesley Matthews. He was undergoing a physical in Dallas when he started getting wind that Jordan was having second thoughts.

“When it went sour, I called my agent and was like, ‘I can’t go there,'” Jefferson said. “And he was like, ‘Richard, now is not the time to tell them that you can’t go there either.’ So we let it wait a couple weeks. There was a conversation about maybe offering me some more money. I was like, ‘Look, if Cleveland goes to the Finals and I stay in Dallas for a little more money, I’ll kill myself.'”

Cleveland, as it turns out, went on to win Game 3 in a blowout.

Also interesting is that Cavs forward Kevin Love had developed an interest in Jobs and his famous commencement speech even before James played it for the team.

One phrase stuck with him: “Stay hungry, stay foolish.” Love started writing it on his shoes as a way to remind himself to loosen up — to not judge his performances on the statistics he was recording (which weren’t even close to his career numbers), but rather by the effort and energy he gave for tasks like rebounding and defense.

“I had just ordered a shirt from a company in Akron with that Jobs quote,” Love said. “And then [LeBron] played that [speech] like two days later. I came up to him and was like, ‘It’s so crazy you played that with all the chaos that was going on with our team, being hungry, but being down in the series.”

Jobs’ aforementioned speech can be viewed in its entirety below.