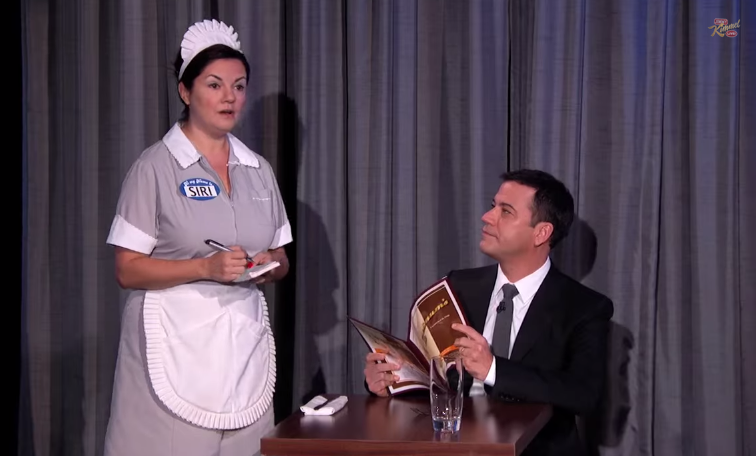 Apple has continued to improve its voice-based iOS virtual assistant since launching it a few years ago, but Siri still isn’t perfect and might cause some unexpected headaches. In fact, a recent study from AAA and the University of Utah found that Siri and similar hands-free voice-activated assistants can distract drivers rather than help them while on the road. And Jimmy Kimmel did not miss that opportunity to make fun of Apple’s Siri during Tuesday night’s “Jimmy Kimmel Live” show.

“My Siri and I are not on the same page,” Kimmel said, “it’s funny, you know, we would not put up with Siri’s behavior in any other situation in life.”

Kimmel offered the audience a different kind of Siri test, imagining what a restaurant experience would be like with Siri as a waitress. The results are as funny as you’d expect them to be, as Kimmel shows some of the things Siri may annoy you with during regular iPhone and iPad use by using a conversation with a waitress to highlight them.