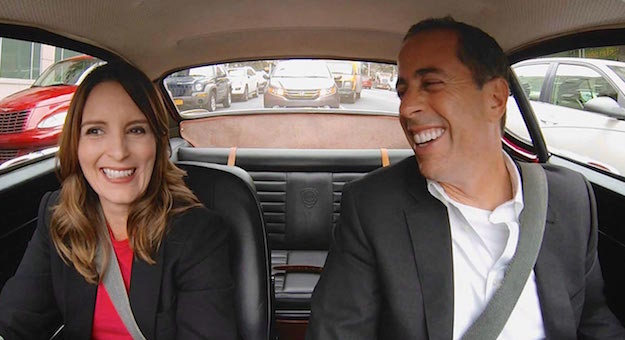 With good reason, YouTube is one of the most popular sites on the entire Internet. Whether you’re looking to laugh, cry, cringe, listen, watch, or learn, you can find anything your heart desires on YouTube.

Seinfeld’s comments were made earlier in the week while the comedian was speaking at the Hudson Theater to promote Crackle, a digital video distribution company owned by Sony. The bulk of Seinfeld’s talk was transcribed by TubeFilter and is well worth checking out in its entirety for anyone with more than a passing interest in either Seinfeld’s work or the new age of digital distribution.

But back to the lecture at hand.

At one point in the presentation, during a Q&A session to be precise, Seinfeld was asked about the role of user-generated content in this new age of media. Seinfeld, ever the straight shooter, didn’t mince words and drew a harsh distinction between professionally produced content and, well, most of the videos that tend to populate YouTube.

“The less the better,” Seinfeld said in reference to user-generated content. “I don’t want to see this crap. We have a giant garbage can called YouTube for user-generated content. We’re trying to generate a little higher level. I think showbusiness is for talent, that’s who should be in it. But let’s keep it in its hierarchy. And I like being at the top of the pyramid.”

As a final point of interest, Seinfeld articulated that the cars he chooses for each comedian in his Comedians in Cars Getting Coffee web series is a function of how he views their persona.

“I pick a car that goes with the comedian, that reminds me of the comedian,” Seinfeld explained. “I did a show with Jim Carrey with a Lamborghini Countach. He’s a visual comedian so I got a visual car. Tina Fey I got an old Volvo. Because she’s solid and reliable and you’re in good hands with Tina. I used an old VW Bug with Larry David because I thought two rich guys in that car would be a good idea.”