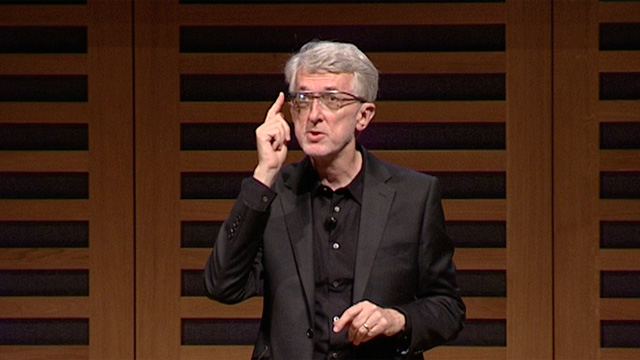 No one can accuse blogging legend Jeff Jarvis of having an anti-Google bias or of being an “iSheep.” He’s literally written an entire book that subtly compares Google to Jesus Christ called What Would Google Do? Even more amazingly, he also admits shelling out $1,300 for a Chromebook Pixel and says that he doesn’t regret the decision. But while Jarvis would do almost anything for Google’s love there’s one thing that he won’t do: Wear Google Glass.

Business Insider points out that Jarvis on Tuesday night delivered a long diatribe against Google Glass over Twitter and said that he felt “embarrassed” for ever having ordered one. When asked by followers why he had suddenly turned against Glass, he said that it was “generally useless,” “overpriced” and “inconvenient.” As if to emphasize the point, Jarvis also said that “There’s hardly a greater Google fan than me, but I *hate* Glass and just want out.”

It goes without saying that if even one of Google’s biggest fans *hates* Google Glass, the headset’s chances of wide commercial success are dicey at best. Earlier this year, No. 1 Google Glass fan Robert Scoble admitted that the headset was essentially “doomed” commercially this year because Google wouldn’t be able to price it aggressively enough to appeal to a mass market audience.