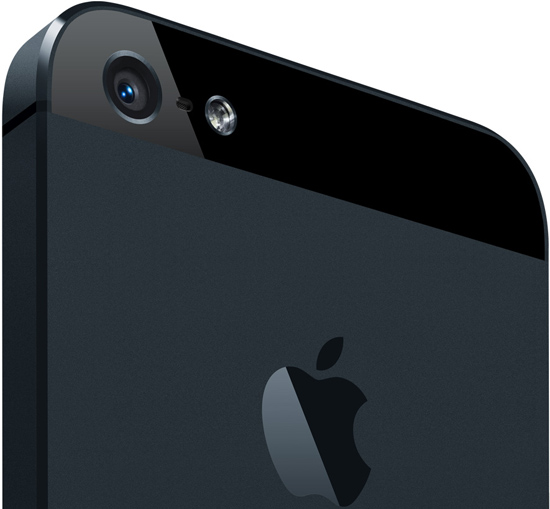 Apple’s (AAPL) iPhone isn’t just the best-selling smartphone in the world, it’s also the most reliable. A new study conducted by the company behind the community based trouble-shooting resource FixYa on Friday issued its latest smartphone reliability study. The study used data from 722,558 combined problem reports combined with market share data from StatCounter to assign a reliability score to leading smartphone vendor. Apple was found to be the most reliable handset maker with a score of 3.47, nearly 300% better than smartphone shipment volume leader Samsung (005930), which got a score of 1.21.

Nokia (NOK) slid in at the No.3 spot with a reliability score of 0.68, while Motorola devices were found to be the least reliable in the study, managing a score of just 0.13.

Battery life and lack of new features were among the top iPhone issues reported by FixYa users — though we’re not sure what bearing “Lack of New Features” or the third most common complaint, “No Customizability,” have on reliability — while Samsung smartphone users most often complained of microphone and speaker issues.

Nokia smartphone owners listed “Laggy Response Time” and “Poor App Ecosystem” among their top complaints, and Motorola users complained of “Preinstalled Apps” and “Touchscreen Issues” most often. But again, “Poor App Ecosystem” and “Preinstalled Apps” (which is explained in the report as “the fact that Motorola devices come with preinstalled bloatware that cannot be removed”) are curious items to include in a study focused on device reliability.

“Smartphones are consistently being compared on a case by case basis, but no one has looked at the overall trends across a manufacturers’ entire smartphone line,” FixYa CEO Yaniv Bensadon said. “Our newest FixYa report looks at lines like the iPhone, Galaxy, or Lumia, and through a careful analysis of issues versus market share, we’ve been able to directly compare manufacturers using a reliability score. The result is an accurate and fair method of , scaled approach to fairly compare these top companies to truly see who is the most reliable, and who is barely even competing.”

SAN MATEO, CALIF. (February 22nd, 2013) – Today FixYa, the leading product Q&A destination on the web and mobile, announces the release of a new report comparing the number of fix-it requests across top smartphone manufacturers – pitting them head-to-head to see which smartphone line is the more reliable. The FixYa Smartphone Reliability Report covers the Apple iPhone, Motorola Droid, Samsung Galaxy, and Nokia Lumia smartphone lines, with Apple roughly three times more reliable than Samsung, five times more reliable than Nokia, and a whopping 25 times more reliable than Motorola. By looking at the top issues with each manufacturer, the FixYa Smartphone Reliability Report seeks to provide clarity to consumers by highlighting the main troubleshooting trends across these four standout companies.

Below are the major trends found within the FixYa Smartphone Reliability Report:

·       With a reliability score almost three times higher than second-placed Samsung, Apple dominates the reliability test with the fewest number of problem impressions relative to market share. Even with complaints of battery life, users can’t get enough of the dead simple user interface, even if it is less customizable.

·       With the lowest reliability score of all four manufacturers and also the lowest market share, Motorola smartphone users have constantly been let down by an overwhelming number of problems (a total of 136,436 problem impressions on FixYa), whether it’s touchscreen issues, speaker and camera quality, or the fact that Motorola devices come with preinstalled bloatware that cannot be removed.

·       Samsung, with the second highest FixYa Reliability Score, has users loving the overall screen quality and enjoyable user interface across their products. Still, microphone and speaker issues remain a big problem, seeing as how smartphones are foremost meant to make and receive phone calls.

·       Nokia smartphones, with the 3rd lowest FixYa Reliability Score, tend to have much slower load times than other smartphones – and have a lacking app ecosystem with Windows Phone (although it is growing quickly). Nokia’s one saving grace seems to be the Lumia, which has seen strong sales and boasts a super durable screen and outer shell.

Below are the top five problems for each manufacturer in the FixYa Smartphone Reliability Report, and the percentage of troubleshooting requests that fall into each problem category:

FixYa has created this latest report by sourcing data from its 30 million users and 8 million product problems and solutions. Those interested in viewing the full report can do so here: http://blog.fixya.com/pr/feb2013/smartphone-manufacturer-report.html

“Smartphones are consistently being compared on a case by case basis, but no one has looked at the overall trends across a manufacturers’ entire smartphone line,” said FixYa CEO and founder Yaniv Bensadon. “Our newest FixYa report looks at lines like the iPhone, Galaxy, or Lumia, and through a careful analysis of issues versus market share, we’ve been able to directly compare manufacturers using a reliability score. The result is an accurate and fair method of , scaled approach to fairly compare these top companies to truly see who is the most reliable, and who is barely even competing.”

FixYa brings consumers the most comprehensive solution database in the world. FixYa’s unique access to crowd-sourced product Q&A from consumers grants the company transparent data that no other service can claim to provide. FixYa’s troubleshooting data comes from real-life consumer experience with products and product problems.