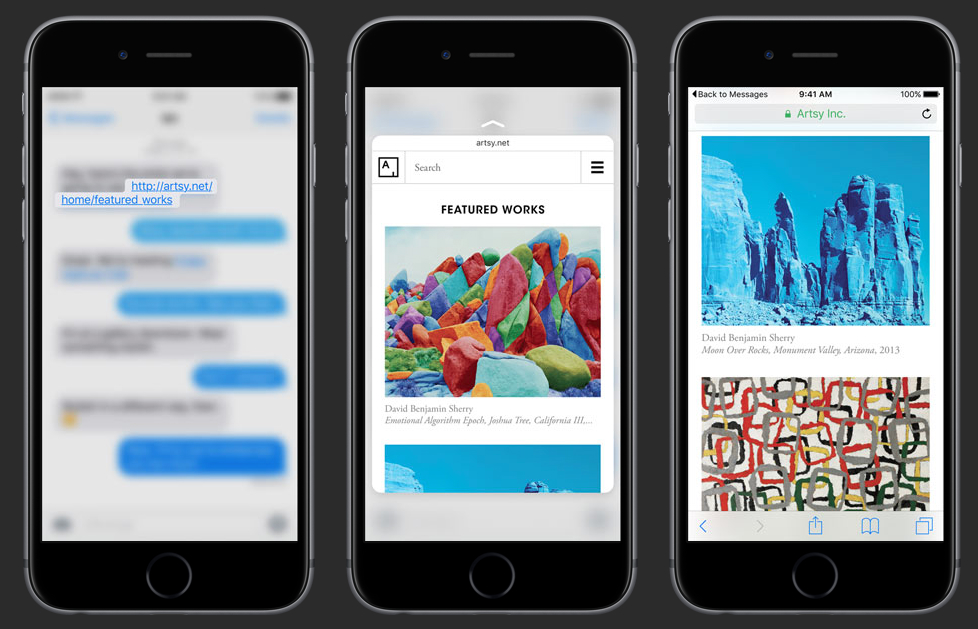 Just as expected, Apple on Wednesday unveiled new series iPhones that have one key feature to set them apart: a display that can tell the difference between various kinds of taps and touches. Both the iPhone 6s and iPhone 6s Plus have Taptic engines underneath the screen, as well as an array of capacitive sensors that’ll pick up the pressure of your finger presses. And Apple has imagined a variety of quick actions that are initiated by the pressure of your finger pressing against the display.

This is how 3D Touch works and where you can use it.

DON’T MISS: 6 ways the new iPhone 6s is better than the iPhone 6

Peek and Pop are the names of Apple’s new gestures that will let you preview content without opening it. Peeks are brought about by light presses on the screen while Pops are firmer presses. Neither one is to be confused with taps.

Here’s what a Peek can do:

If you stop pressing, you’ll go back to the original app that initiated that action. Pressing harder initiates a Pop, which opens the new app or web page.

Peeking and swiping up on the screen will bring up an ad hoc context menu that applies to an app – in Safari a Peek and swipe will get you a quick menu that lets you open a site in a new tab, add to reading list or copy the link.

Quick Actions are shortcuts to the things you do most on the iPhone. They work from the home screen and require a single press. Just press and hold on an icon to bring up a menu of features, like calling a favorite contact by pressing on the Phone icon, or taking a selfie by pressing on the Camera app.

The feature will work with default apps and apps coming from third parties.

3D Touch also has additional actions to be discovered in other places, such as turning the keyboard into a trackpad with a press, initiating multitasking view or using pressure-sensitive drawing inside an app like Notes.

3D Touch gestures require special hardware, so they will only work on the iPhone 6s and iPhone 6s Plus — don’t expect to see it on older iPhones. The video below further explains how 3D Touch works.