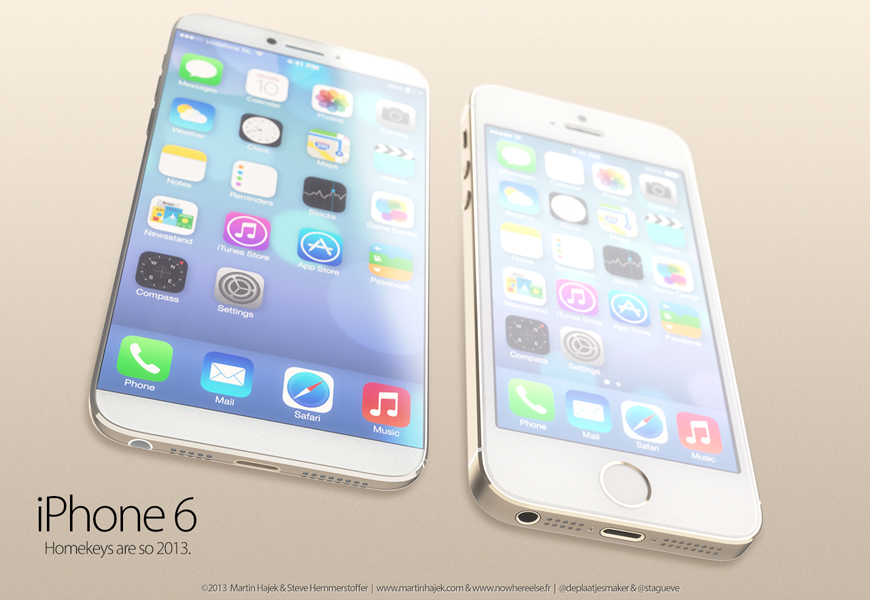 For some reason, a concept design for Apple’s next-generation iPhone 6 that was created back in August by designer Nikola Cirkovic made the rounds once again on several tech blogs last week. That has apparently prompted several others to come forth with their various iPhone 6 concept designs, and what is undoubtedly one of the sleekest (and most unlikely) comes from French blog Nowhereelse.fr and designer Martin Hajek. The design essentially looks like an iPad mini or iPad Air scaled down to iPhone size with a larger display that is borderless on its sides. It’s pretty awesome, albeit technically impossible at this point and extremely illogical considering it omits Apple’s Touch ID fingerprint scanner.

The odds of Apple ditching the scanner technology it spent more than $350 million to acquire after one product cycle are exactly nil, and Nowhereelse.fr notes that the mockup was made before Apple’s iPhone 5s was released. We’re not sure why Hajek didn’t update his design before releasing another round of images, this time in gold, but it certainly gives us some nice eye candy, if nothing else.

Apple’s next-generation iPhone 6 could certainly feature some design elements that resemble this concept — there’s plenty of chatter about a nearly borderless display, for example — but it definitely won’t look exactly like Hajek’s creation. The good news, though, is that the latest rumors suggest the iPhone 6 will feature a full HD 1080p display that measures about 5 inches diagonally.

A few more images of this iPhone 6 concept follow below.