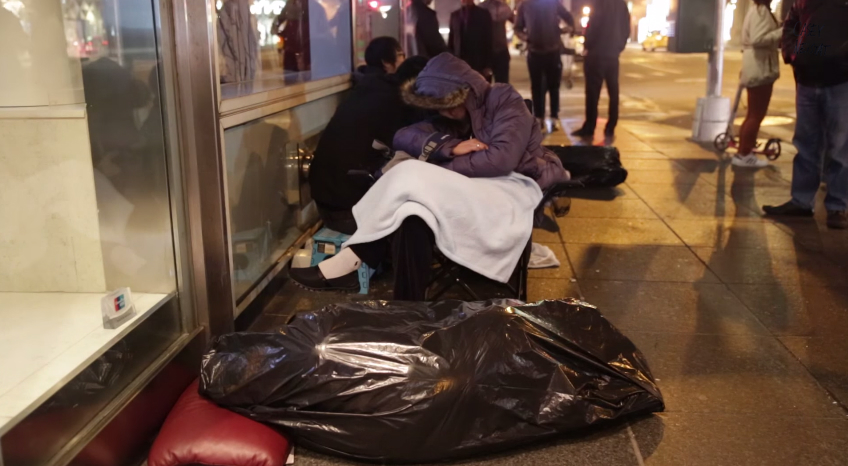 Earlier on Monday we learned that Apple shattered all previous iPhone launch records, as customers couldn’t wait to get their device over its launch weekend. People were willing to wake up in the middle of the night to make sure they get their desired iPhone model or to stay in line for days to grab one in the store come launch Friday. But unlike in previous years when lines were filled with more anxious fans waiting to get the next iPhone model than people looking to make a quick buck, the iPhone 6’s launch seems to have had a darker story, as you can see on a video that went viral on YouTube.

Because Apple was not able to start selling either iPhone 6 model in China, where the phone is actually assembled and imported from, smugglers quickly seized the opportunity and put in place complex iPhone import operations to bring back as many iPhone 6 units to China as possible and then sell them for up to $4,000 a piece, as some reports on Friday suggested.

Some smugglers got their iPhone 6 units from markets closer to China, including Hong Kong and Japan, but others might have hired an increasing number of people to camp outside of stores in the U.S., the 6-minute long video posted on YouTube seems to indicate. While some of the people of Chinese descent spotted standing in iPhone 6 lines would not confirm anything on record, it’s rather obvious they lacked the kind of passion you’d be used to see in such lines from Apple diehards.

Casey Neistat posted the clip on Saturday, a day after the phone’s official launch, showing a different side of the iPhone 6 launch story. Instead of cheering crowds filled with fans, iPhone 6 launch lines were filled with tired, unenthusiastic buyers who had other reasons for purchasing the devices than their own enjoyment.