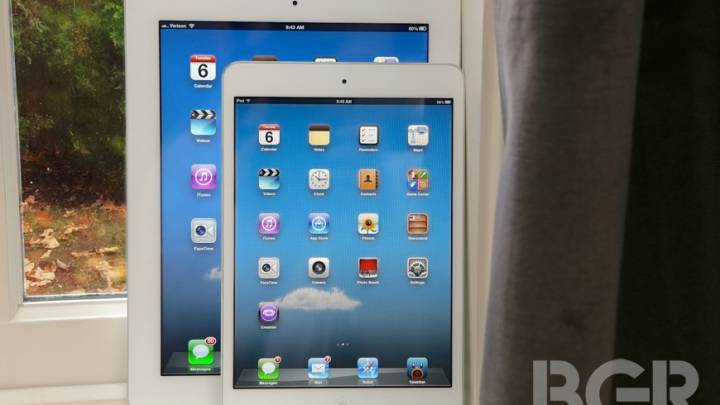 Apple is widely expected to launch an updated version of its iPad mini tablet later this year with a new Retina display, but consumers waiting for the refreshed tablet might want to skip the second-generation model and wait a bit longer. NPD DisplaySearch analyst Richard Shim on Sunday told CNET that Apple’s next-generation iPad mini tablet with a Retina display is on track for a third-quarter launch this year. But just as Apple’s third- and fourth-generation full-size iPad launches were surprisingly close to one another, Apple reportedly already has plans to launch another new iPad mini in the first-quarter next year with a faster processor.

“We see two refreshes coming. One in the second half of this year, then one in Q1 of 2014,” Shim said. “The Q1 device will have a Retina display plus an updated processor.”

Last year, Apple launched an updated fourth-generation iPad tablet in October just six months after debuting the third-generation iPad model. While the two releases were surprisingly close to each other considering Apple’s typical annual launch schedule for mobile devices, the fourth-generation upgrade made some sense — the new tablet’s launch came around the same time as the iPhone 5 and added Apple’s new dock connector to maintain continuity between the two device lines.

Apple’s full-size fifth-generation iPad tablet is expected to launch this fall as well, and it will likely feature a major redesign.