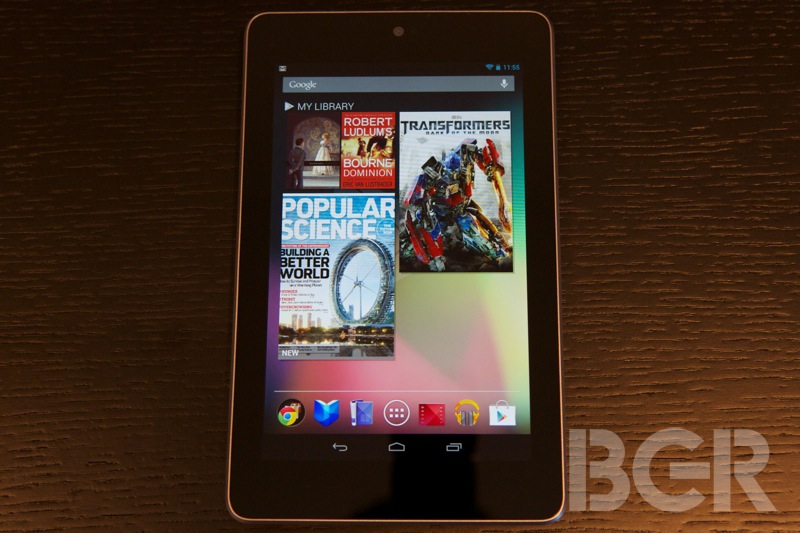 Android tablets have been getting a lot more popular over the past year but they still face a major shortage of top-notch tablet-centric apps. Canalys has found that 30% of the top 50 free and paid iPad apps in the first half of 2013 were not available on Google Play while 18% were available but weren’t optimized for tablets. Taken all together, then, that means nearly half of the top iPad apps either aren’t available or aren’t optimized for Android tablets.

The issue seems to be that app developers simply haven’t seen a need to create tablet-centric Android apps because Android tablets have only really started taking off in the last year. Canalys expects that the app gap will shrink somewhat once Google improves the Google Play experience on tablets and once developers see that Android tablet owners have stronger engagement than they have in the past.

“To take the Play ecosystem to the next level, Google needs more than just a large addressable base of devices,” says Canalys analyst Tim Shepherd. “App developers need to see clear potential to build robust and sustainable business models around apps built for the platform, so increasing monetization potential must be a priority.”

Palo Alto, Shanghai, Singapore and Reading – Wednesday, 14 August 2013 — New Canalys’ App Interrogator research highlights one of the deficiencies of the Android ecosystem: limited availability of high-quality, tablet-optimized apps in the Google Play store. Of the top 50 paid and free iPad apps in Apple’s US App Store, based on aggregated daily rankings in the first half of 2013, 30% were absent from Google Play. A further 18% were available, but not optimized for tablet users, offering no more than a smart phone app blown up to the size of a tablet screen.

Just 52% of apps had Android versions both available through Google Play and optimized (if only a little) for tablet use. ‘Quite simply, building high-quality app experiences for Android tablets has not been among many developers’ top priorities to date,’ said Canalys Senior Analyst Tim Shepherd. ‘That there are over 375,000 apps in the Apple App Store that are designed with iPad users in mind, versus just a fraction of this – in the low tens of thousands – available through Google Play, underscores this point.’

Canalys expects this to change as the addressable base of devices continues to soar and Google brings improvements to the Play store, but points out that Google needs to do more to encourage greater numbers of developers to invest in delivering high-quality Android tablet apps quickly, else it risks disappointing consumers with weak app experiences in the short term.

The 52% of top apps available through Google Play and optimized for tablets also includes six titles that appear as top paid titles on iOS, but are only available as free, ad-supported versions on Android. ‘While nominally free, set against a paid version of the app, ad-supported offerings typically deliver a poorer and often more limited user experience, sometimes taking a considerable toll on device battery life and often subjecting users to unskippable videos or other unpopular intrusions,’ said Canalys Analyst Daniel Matte.

It is important that Google wins consumers’ trust and encourages them to register credit cards and billing details, so that the barrier to them spending money on apps – and other content – is reduced at the point of purchase. ‘Improved consumer willingness to spend will increase developers’ monetization potential and options, and help to reduce their reliance on in-app ads, leading over time to an increase in app quality,’ said Matte.

It will also make the Android tablet opportunity more enticing for developers and increase the revenue potential of the Play store and ecosystem for Google. ‘To take the Play ecosystem to the next level, Google needs more than just a large addressable base of devices. App developers need to see clear potential to build robust and sustainable business models around apps built for the platform, so increasing monetization potential must be a priority,’ said Shepherd. ‘And for tablet apps in particular, Google should go further with changes to the Play store to ensure more rigorously managed, high-quality, optimized experiences are highlighted, to the benefit of consumers, and to reward those developers who invest the time and resources in building them with improved discoverability.’