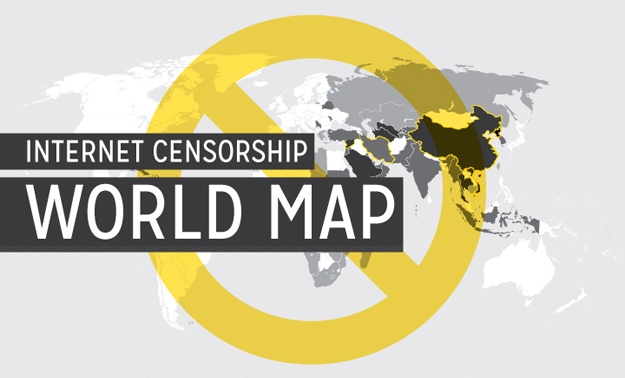 In developed countries, it’s easy to take the Internet for granted. It’s such a big part of our lives, and access is so readily available, that imagining life without the web seems crazy. But it’s not crazy — many regions around the world have limited or no access to the Internet. And even worse in some ways, many people in regions that do have Internet access are subject to infuriating amounts of censorship.

From restricting access to certain types of content such as pornography and torrent downloading to unabashed blocking of political news and social media, censorship is a real and vast problem that affects people in every country — including the United States.

Following its recent graphic detailing the 6 companies that secretly run the Internet, WhoIsHostingThis.com has exclusively provided BGR with a new graphic that looks to help shed light on much of the Internet censorship around the world.

Want to help do something about it? Supporting organizations like the World Wide Web Foundation and the Electronic Frontier Foundation are a good start. Of course knowledge is power, and the graphic below will teach you about the various different types of censorship that impact various regions across the globe.