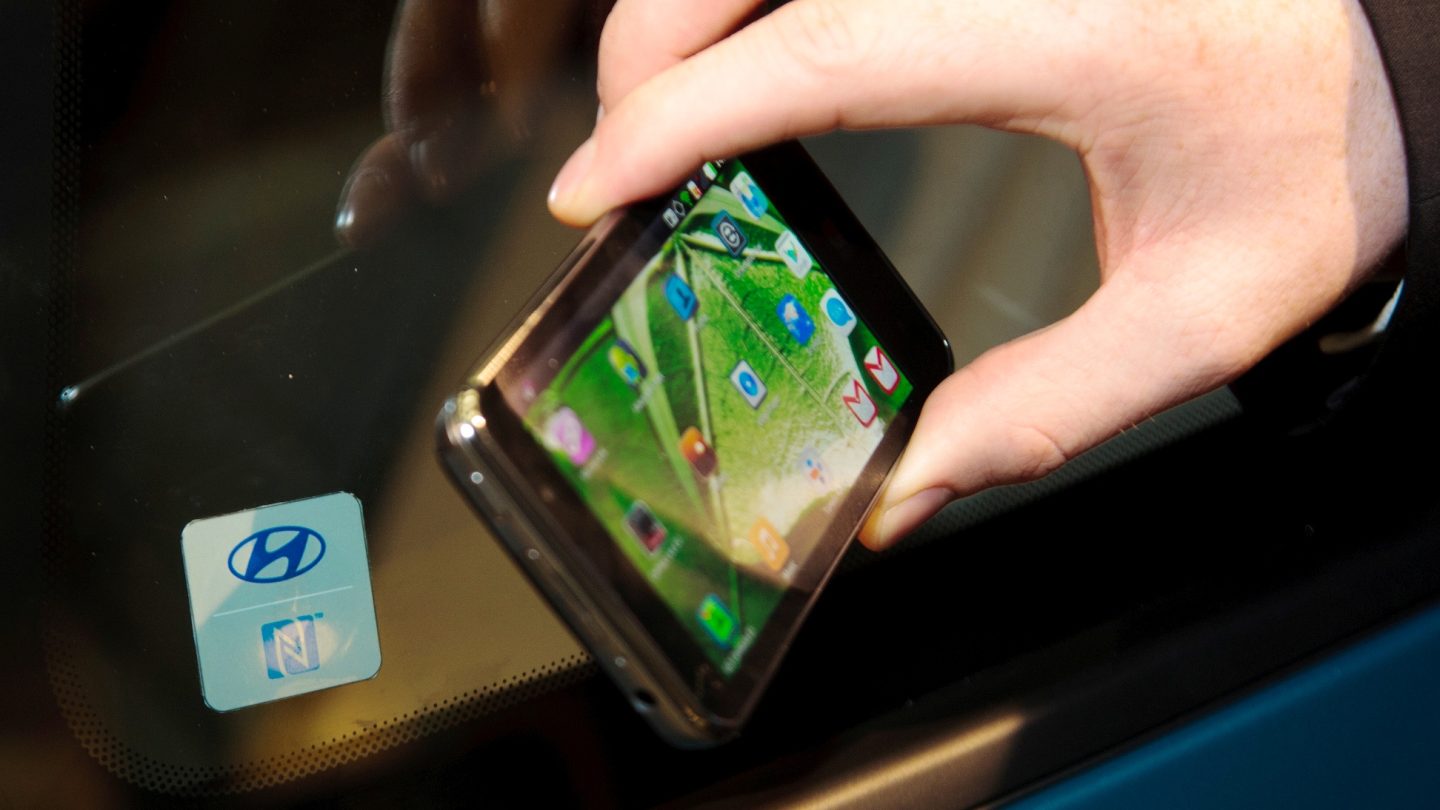 NFC is becoming more prevalent in the mobile space. The technology has been featured in a number of smartphones and tablets from manufacturers such as Samsung (005930), Motorola, Nokia (NOK) and Research in Motion (RIMM), among others. The possibilities with NFC appear to be endless, from mobile payments and wireless sharing to one day even controlling our vehicles. South Korean automaker Hyundai (005380) recently announced plans to incorporate the technology into its vehicles in the next few years. The company’s new Connectivity Concept will allow drivers to control various aspects of their car with an NFC-equipped smartphone.

“Hyundai’s Connectivity Concept showcases the brand’s philosophy of making tomorrow’s technology accessible to a wide range of customers,” Allan Rushforth, SVP and COO of Hyundai Motor Europe, said. “With this technology, Hyundai is able to harness the all-in-one functionality of existing smartphone technology and integrating it into everyday driving in a seamless fashion. As the technology continually develops there will be capabilities to store driver’s seating positions and exterior mirror settings, providing customers with a comfortable and individual driving environment.”

Drivers will be able to lock and unlock cars by placing a smartphone on a special NFC-tag, eliminating the need for traditional keys, and will also sync all user content such as music, phone contacts, radio station preferences and individual profile settings from a compatible phone. If that isn’t enough, cars will even able to wirelessly recharge a smartphone’s battery.

Hyundai hopes to bring NFC technology to production models by 2015.