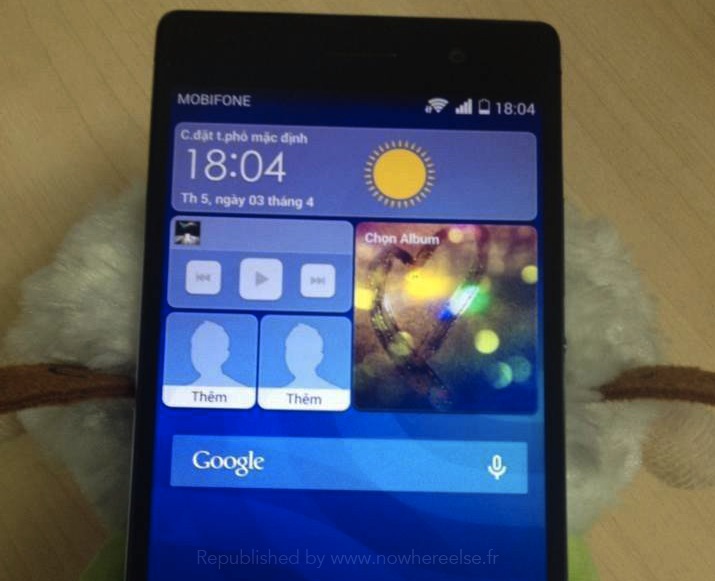 Huawei isn’t a household name in the United States but in China it’s one of the most popular smartphone vendors and it’s been making a name for itself in recent years for producing phablets so giant-sized that they might even make Samsung blush. Nowhereelse.fr has snagged some leaked pictures that purportedly give us a fresh look at Huawei’s soon-to-be-announced Ascend P7 flagship phone.

Earlier reports we’d seen suggested that the Ascend P7 would be an absolute monster of a phone, with specs highlighted by a 5-inch quad HD display with a resolution of 1,440 x 2,560 pixels and an octa-core 2GHz processor. Nowhereelse.fr, however, says that the Ascend P7 isn’t nearly as impressive as it boasts a 5-inch display with a resolution of 1920 x 1080 pixels, a 13-megapixel camera and a quad-core 1.6GHz processor. Nowhereelse.fr also speculates that these pictures are of a prototype of the device and are not the final version.

Even so, the device will looks impressive and we’ll learn more about its official specs when Huawei officially takes the wraps off the device during a press event on May 7th. In the meantime, be sure to check out more leaked images that purportedly show the Huawei Ascend P7 below.