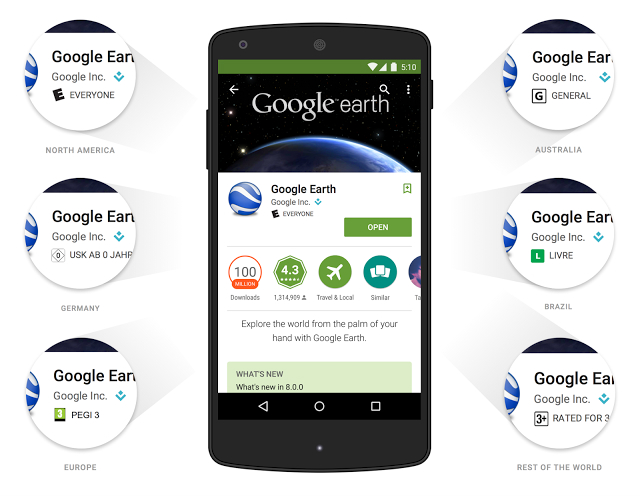 Google on Tuesday announced additional features for Google Play that should make its digital content store better than ever, especially when it comes to purchasing Android apps and games. Essentially, the company revealed it’s introducing a brand new age-based rating system for apps and games, and an app review process that should better protect consumers.

FROM EARLIER: This could be the best thing that ever happened to Google Now… or the worst

The new age-based rating system should help developers better target consumers, while protecting children and teens in the process. Developers will be able to complete questionnaires for each of their apps in order to receive objective content ratings that are based on official ratings from the International Age Rating Coalition, including many other bodies that rate content.

Users will see the ratings appear next to apps in the near future (see the image above), as developers start adding them. It appears that developers of existing content will be forced to rate their apps accordingly, or risk having their apps and games listed as “unrated” and potentially banned from certain markets.

Starting in May, all developers will have to complete the questionnaire before their apps are listed in Google Play.

Google is also taking a more important step towards ensuring the security and safety of app users, and that’s a new app review process. Google will now use a team of experts who should identify potential issues with apps, including policy violations.