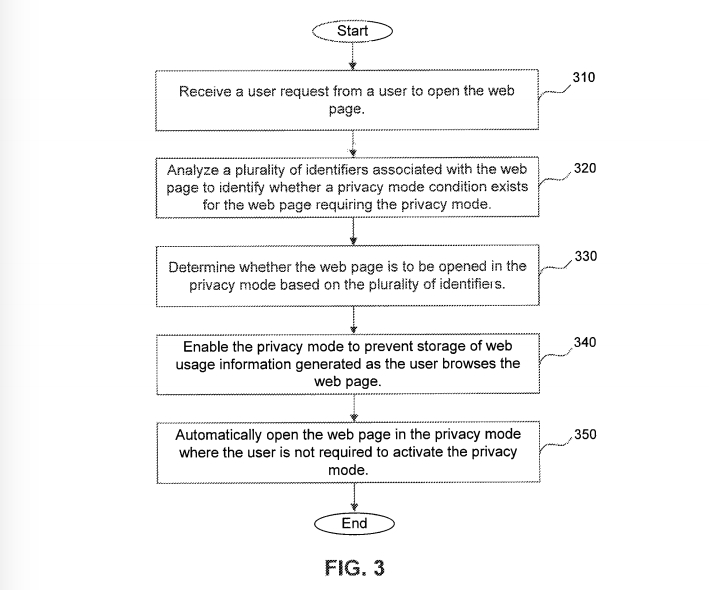 Google on Tuesday was granted an interesting new patent that describes a highly advanced piece of Internet browsing technology that might also be a bit scary to some extent, as it only proves how powerful the company’s artificial intelligence will become.

FROM EARLIER: Your private browsing habits are far from being as private as you might think

That would mean that all a user has to do to surf the web privately would be to simply start loading the desired pages, at which point the browser, likely Google’s Chrome browser, would switch on private mode when certain content is detected.

The method seems harmless enough, and appears to be helpful, as the user would not have to constantly remember to protect his or her privacy by selecting incognito mode. Private browsing prevents other sites from collecting some user data, and stops the browser from recording browsing history, though ISPs and anyone else monitoring traffic would still be able to see what pages a user has visited incognito.

At the same time, Google’s main revenue source is advertising, with the company trying to best profile its customers in order to target them with suitable ads. With that in mind, it’s not clear what kind of data Google would still collect from users once such an invention is in place.

After all, from the looks of it, private mode is only enabled after a user enters a URL in the browser, so in theory, Google would still be able to record that particular site visit and link it to a user’s profile for future ads. Google wouldn’t even have to keep track of everything the user is doing once private mode is enabled, as it could simply keep track of the kind of sites a user is likely to view in incognito mode.

On the other hand, this is just a patent for the time being, and the technologies described in it might never be used. Furthermore, it’s likely Google would thoroughly explain this new privacy-enhancing feature before it’s actually deployed in future Chrome browser versions for desktop or mobile.