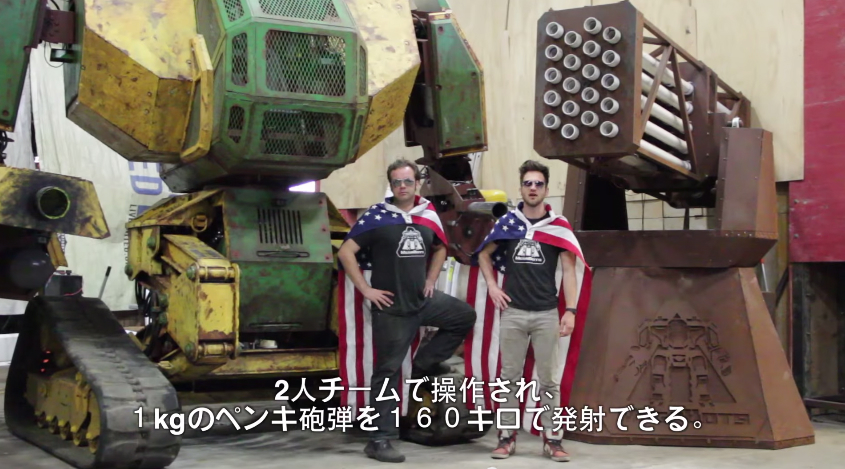 If all goes according to plan, we’ll soon see a giant robot duel between MegaBots (image above) and Kuratas. No, this isn’t a new movie. It’s a real fight challenge from team USA to team Japan, and it has already been accepted.

After posting a short video on YouTube, challenging Suidobashi’s Kuratas robot to a duel, MegaBots’ challenge was accepted in a similar manner.

The MegaBots Mark II robot is 15 feet tall, weighs 5.4 tons and carries giant paintball guns that can fire projectiles at speeds exceeding 100 mph. Meanwhile, the Kuratas is a 13-foot-tall robot that weighs 4 tons and is equipped with several weapon systems, including a “smile-activated” BB Gatling gun. Kuratas is piloted by one person while the Mark II needs a two-man crew.

“We can’t let another country win this. Giant robots are Japanese culture,” Suidobashi said, adding that the Kuratas will fight. But the team wants actual hand-to-hand combat rather a gun fight.

“My reaction?” Suidobashi founder Kogoro Kurata said in the video response. “Come on guys, make it cooler. Just building something huge and sticking guns on it. It’s … Super American.”

Coincidentally, USA crushed Japan the other day in the final of the 2015 Women World Cup (final score: 5-2).