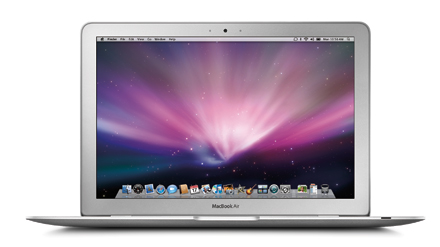 Not that this is the biggest deal in the world, but for those hopin’ and wishin’ and prayin’ to get a MBA as fast as possible, you’ll be able to run down to your local Apple store to grab one on Tuesday! Here’s the deal: stores have them, no question because they arrived Friday / Saturday. But, since Steve-O said “2 weeks,” it’s 2 weeks, ok? Product banners and visuals will go up on Monday night in all Apple stores for the official “launch” on Tuesday, and the Genius Bar employees get their official training tomorrow. Wait, didn’t we practically say this? Oh, yeah, we did!