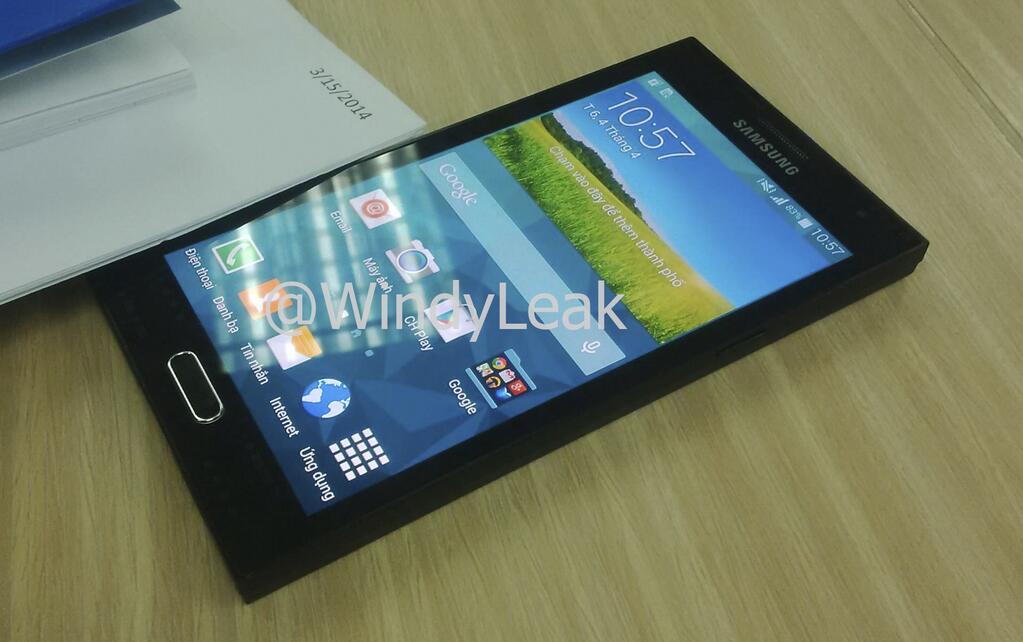 Samsung’s Galaxy S5 finally launches this coming Friday and as great as it looks, it doesn’t quite measure up to the handset the world was looking forward to as a result of months of leaks and speculation. As it turns out, however, the metal smartphone with a quad HD display described in those rumors might still be coming, and a new series of leaked photos may have just pictured the premium phone for the first time.

For years we have wondered why Samsung won’t launch a smartphone with a high-end metal housing to compliment the company’s great software and best-in-class displays. A high-end Galaxy S5 model was expected to do just that, however, Samsung only revealed one version of its flagship smartphone this past February.

Now, anonymous Twitter user WindyLeak has posted two photos of what he claims to be a Samsung smartphone with a quad HD display. He never specifically refers to the much rumored premium “Galaxy F” handset many believe will be Samsung’s first quad HD phone, but HDBlog.it believes this is indeed that phone.

Why is there so much confusion surrounding the device? As can be seen in the photos above and below, the handset is covered by a testing shroud that conceals everything but the display, the ports and the home button.

Additional photos of the supposed Galaxy F follow below.