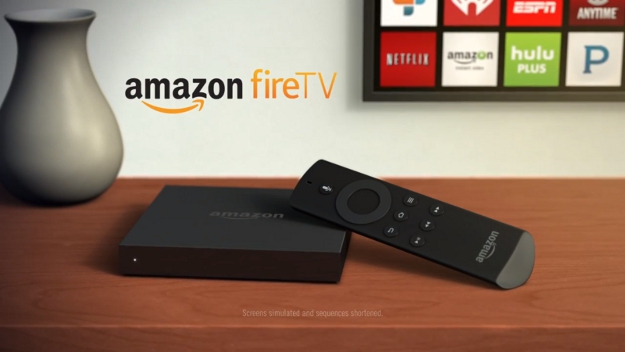 The announcement of the Fire TV set-top box was inevitable. With a huge catalog of streaming movies, TV shows and original series, it only made sense that Amazon would eventually take on the likes of Roku, and Chromecast with a powerful device of its own. But as Tyler Hayes learned, one of the most interesting features of Fire TV could quickly result in unexpected costs.

It was just a few days into June when Hayes says he got an email from his ISP alerting him that he had reached his monthly data allotment of 250GB. He had never hit the monthly cap in the past, even with 10+ connected devices in his home, but after having just started testing his Fire TV, his data usage was suddenly through the roof. Looking through his profile, Hayes noticed that Fire TV had somehow contributed to nearly 80GB of usage in a single day. By the end of his May billing cycle, he’d unknowingly topped 800GB.

After unplugging the device, the usage immediately returned to normal levels. Hayes did some investigating and discovered that ASAP, a feature that predictively caches shows you’ve watched before ahead, was the guilty party. Although he hasn’t found many similar complaints from other customers, he notes that there is no way to turn this feature off, so if you were to come across the same issue, you’d be out of luck.

In an update, Hayes mentions that Prime video streaming quality might also have an effect on data usage, as some users are reporting Fire TV occasionally streams in unnecessarily high quality — up to 10x that of Netflix. Hayes attempted to get in touch with Amazon, but as of this weekend, he still hadn’t heard anything back.

UPDATE: It appears that the mystery has been solved. An Amazon PR representative got in touch with BGR to let us know that the data usage issue with Hayes’ Fire TV was actually caused by the “mosaic” feature for the screensaver (which is not the default setting) rather than ASAP. While using this setting, there is an off chance that the screensaver images will not be cached. Amazon is currently working on a software update to fix the bug, but for now, Fire TV users can simply avoid turning on the “mosaic” feature to be safe.