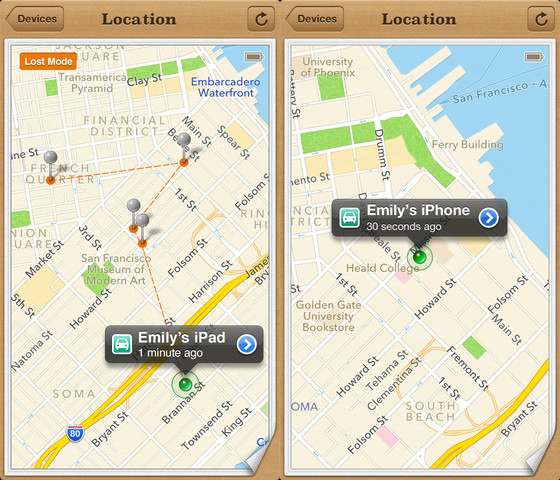 Find My iPhone has bailed out a lot of people who have lost their devices over the years and now one police officer has come up with a new use for the application: Saving a woman that was stranded in 500-foot ravine.

A police officer in San Jose used Apple’s iPhone Find My Phone service to rescue Melissa Vasquez, a local woman that was trapped in a 500-foot South Bay ravine for 17 hours, according to a report by ABC 11.

Officer David Cameron saved the stranded woman after Vasquez was involved in a car accident. Vasquez’ OnStar reported her location to the police, but they couldn’t find her or any evidence of a car accident.

This is when Officer Cameron’s tech savviness kicked into high gear: He searched her house and found her iPad and, armed with the knowledge that she was an Apple fan, he used Find My iPhone to locate the stranded victim.

“I’m kind of known around the department as kind of a tech geek,” Cameron said. “I made an educated guess based on a series of common numbers people use for passwords and on the third attempt I was able to get in.”

From there, they found her and airlifted her to the local Regional Medical Center.

If you have an iPhone, Find My iPhone may end up saving your life if you get into a situation like this woman.