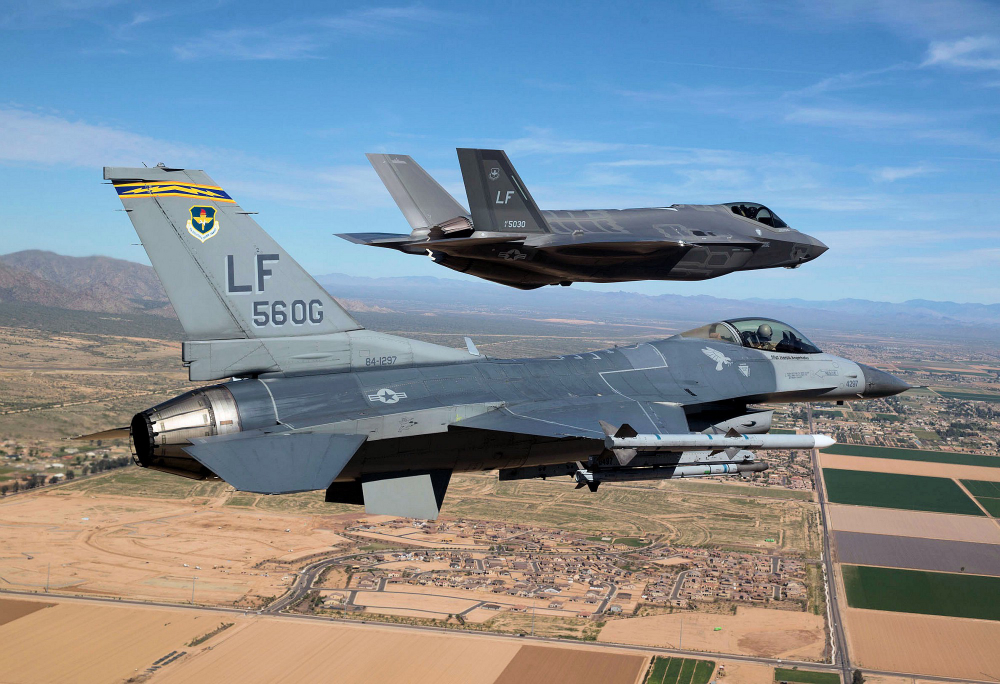 The Army spent more than $1 trillion on the F-35 airplane program, a next-gen fighter that should outclass the F-16 in every way. The stealthy new flagship plane will be used by the U.S. Air Force, Navy and Marine Corps, as well as the militaries of more than a dozen U.S. allies in the future, replacing the F-16. But don’t expect it to perform better than the F-16 that the U.S. Air Force first acquired in the late 1970s, even though it should be superior to the F-16 in every conceivable way.

A new report from War Is Boring says that the F-35 can’t beat its predecessor in a dogfight, suggesting that the advanced new fighter might put lives at risk during close battles.

The news comes from a five-page brief that an F-35 pilot wrote after a war exercise against the F-16. The problem with the F-35 appears to be related to maneuverability, as the plane isn’t able to get the upper hand in combat against an older fighter.

More troubling is the fact that during this particular test, the F-35 should have been superior to the F-16 not only because of its more aerodynamic design but also because the old fighter was carrying extra fuel tanks. Still, the F-35 was not able to shoot down the F-16 or evade the attack, even though it should have been significantly nimbler than its opponent.

“The evaluation focused on the overall effectiveness of the aircraft in performing various specified maneuvers in a dynamic environment,” the F-35 pilot wrote in the report obtained by War Is Boring. “This consisted of traditional Basic Fighter Maneuvers in offensive, defensive and neutral setups at altitudes ranging from 10,000 to 30,000 feet.”

“The F-35 was at a distinct energy disadvantage,” the pilot wrote, revealing he couldn’t target the F-16 with the F-35’s 25mm canon. Meanwhile, when having to escape the old fighter’s aim, the F-35 wasn’t able to do that either.

The test pilot did discover a maneuver that lets the F-35 get into a better position than the F-16, although the move bleeds energy fast. If it’s not successful, the technique reportedly cannot effectively be attempted a second time.

You might think it can’t get any worse than that, but it does. Apparently the F-35’s cockpit is too cramped, which means the pilot can’t easily move his head with the helmet on to see what’s behind him.

“The helmet was too large for the space inside the canopy to adequately see behind the aircraft,” the testing pilot said. Apparently, the F-16 was able to sneak up on him because of this design problem.

Meanwhile, Lockheed Martin has responded to the report, issuing an explanation for the F-35’s defeat — see it below.

The media report on the F-35 and F-16 flight does not tell the entire story. The F-35 involved was AF-2, which is an F-35 designed for flight sciences testing, or flying qualities, of the aircraft. It is not equipped with a number of items that make today’s production F-35s 5th Generation fighters.

Aircraft AF-2 did not have the mission systems software to use the sensors that allow the F-35 to see its enemy long before it knows the F-35 is in the area. Second, AF-2 does not have the special stealth coating that operational F-35s have that make them virtually invisible to radar. And third, it is not equipped with the weapons or software that allow the F-35 pilot to turn, aim a weapon with the helmet, and fire at an enemy without having to point the airplane at its target.

The tests cited in the article were done earlier this year to test the flying qualities of the F-35 using visual combat maneuvers to stress the system, and the F-16 involved was used as a visual reference to maneuver against. While the dogfighting scenario was successful in showing the ability of the F-35 to maneuver to the edge of its limits without exceeding them, and handle in a positive and predictable manner, the interpretation of the scenario results could be misleading. The F-35’s technology is designed to engage, shoot, and kill its enemy from long distances, not necessarily in visual “dogfighting” situations. There have been numerous occasions where a four-ship of F-35s has engaged a four-ship of F-16s in simulated combat scenarios and the F-35s won each of those encounters because of its sensors, weapons, and stealth technology.

The release of this FOUO report is being investigated.  The candid feedback provided by our test community is welcomed because it makes what we do better.

The disclosure of this report should not discourage our warfighters and test community from providing the Program Office and Lockheed Martin with honest assessments of the F-35’s capabilities.