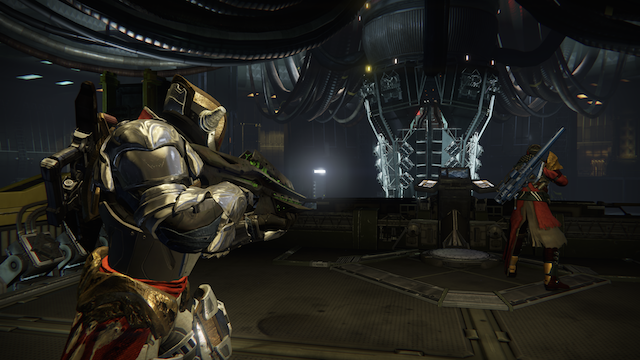 On Wednesday, Activision and Bungie finally announced an official release date for Destiny’s first major expansion, The Dark Below. The paid DLC will be available on December 9th, bringing new weapons, gear, missions, multiplayer maps and a higher level cap to the immensely popular first-person shooter.

“Destiny was created as a living universe, which has allowed us to improve the experience post launch in real-time,” says Harold Ryan, President of Bungie. “It also gives us insight into the things players are looking for in new content. We’ve seen from feedback that people want new activities, gear and weapons, and of course the immensely popular Raid. The community helps shape our development decisions and that’s really important to us.”

The new six-player raid is called Crota’s End and should build upon the success of Vault of Glass, Destiny’s first raid, which was introduced shortly after the game launched. Players who have reached the requisite level to play through the Vault of Glass have made it very clear that it’s one of the highlights of the game.

The Dark Below also features a new storyline, revolving around a character named Eris. Eris warns the Guardians that the Hive are attempting to summon the ancient god Crota to destroy planet Earth. There will be three missions to play through, each offering new rewards.

The Will of Crota is The Dark Below’s cooperative Strike, but PS3 and PS4 players will also have access to a timed exclusive Strike called The Undying Mind. This Strike won’t be available on other platforms until at least Fall 2015.